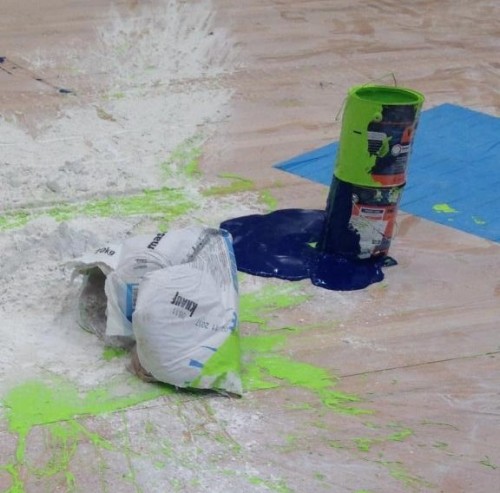 Vandals are costing City of Casey ratepayers extra for security at the $18 million redevelopment of the Casey Indoor Leisure Centre.

The City of Casey has advised that vandals have twice caused damage at the facility in recent months, most recently dumping paint across the courts 1st May.

Casey Group Manager of Active Communities James Rouse said the attacks were disappointing, and the council was still working out how much it would cost to repair the damage and what delays would ensue.

”It is sad for the community that this selfish act will set back the opening of the facility.

“Disturbingly, this is the second time a vandal attack on the facility has resulted in ratepayers’ funds being used to secure the facility after hours.”

Rouse said anybody with information about the attacks should contact Victoria Police.

The revamped facility was initially supposed to open in March.

Jenkins stated “this has unfortunately resulted in a delay and the full extent of that is still to be determined.

“All anti-social behaviour is disappointing.

“Council is working with the building contractor to assess and remedy all damage.”

The City of Casey is investing $18 million to redevelop the Cranbourne East centre. The redevelopment will include five new courts, seating for 1,500 people, new change rooms, and a new foyer.

Image: Damage at the Casey Indoor Leisure Centre. Courtesy of the City of Casey.