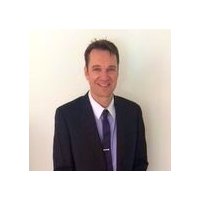 Van Es' award was received for demonstrating strong leadership attributes in creating vision and providing direction in the delivery of two award winning Council projects, and for steering a group that provided the Mackay region's open space, sport and recreation direction for the future.

Van Es, who leads a team of more than 40 leisure professionals in one of the fastest growing regions in Australia, is recognised for nurturing healthy partnerships across government jurisdictions and securing significant resources for healthy community infrastructure, shaping the environment through the creation of the award winning $30 million Bluewater Trail and $12.7 million Bluewater Lagoon projects and their activation through the delivery of healthy lifestyle programs.

The Bluewater Trail won the 2010 National Heart Foundation Local Government Award, while the Bluewater Lagoon has won numerous awards and is widely acknowledged as Australia's most successful lagoon-style aquatic facility attracting hundreds of thousands of visitors per annum.

As winner of the Senior Manager category of the Healthy Leader Award, Van Es has received $2,000 towards attending and delivering professional development activities.

He used these funds to attend the World Health Organisation Pacific Region Healthy Cities Leadership course held in Brisbane in October (participation by invitation only) and LGAQ's Community Wellbeing Symposium held from 20th to 22nd November in Brisbane, where he showcased some of Mackay's highly successful leisure projects.

For more information go to www.mackay.qld.gov.au