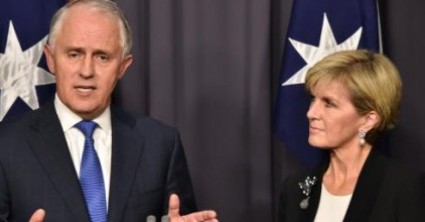 Congratulates Malcolm Turnbull on his rise to the Prime Ministership on the eve of the 2015 TTF Leadership Summit in Canberra, TTF Chief Executive Margy Osmond said the new Prime Minister must recognise the vital role tourism plays as an economic driver and employment generator by ensuring the title ‘Tourism Minister’ returns to cabinet, after it was dropped following the last election.

Osmond also said it was important the new Prime Minister acknowledged that the Federal Government has a responsibility to fund public transport to ensure Australia’s cities are productive and liveable.

Osmond stated "as an industry that employs nearly 1 million people and generates $100 billion in economic activity, 'Tourism' deserves to be acknowledged in cabinet.

"Tourism is a key economic portfolio and it must be given the attention that it needs.

"On the raw numbers, the sector is performing fairly well. But with the right policy settings in place, it could be doing so much better, which in turn would generate more economic activity and jobs.

"It is critical that the minister responsible for tourism in the new cabinet focuses on reforming the visitor visa process and visa charges, as well as on the need to remove unnecessary taxes on tourists. The Government has to take the handbrake off this vital industry so that it can fulfil its potential.

"Competitors like the US, Canada and New Zealand have made tourism a national priority. It's time for Australia to get back into the race. And the new Prime Minister can send a signal to the world that Australia is serious about grabbing a large slice of the international visitor economy by ensuring the cabinet minister responsible has 'Tourism' in their job title.

"I am delighted that the new Prime Minister says that economic leadership will be his priority. Tourism is an economic portfolio and it is time that it is recognised in Canberra as a vital contributor to the economy and jobs growth."

She concluded “the era when federal governments can wash their hands of any responsibility for funding public transport are over.

“Canberra must play a role in identifying and funding public transport, which plays such a critical role in making our cities productive and liveable.”

However, given changes in the Federal Government and likely new Ministerial announcements set for the coming days, the event may encounter some changes in speakers.

2nd May 2014 - FEDERAL SPORT MINISTER WITHDRAWS FROM ANOTHER INDUSTRY CONFERENCE