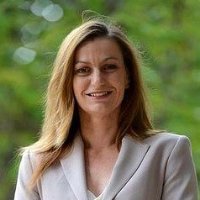 The Hawthorn Football Club have reportedly sacked Chief Executive Tracey Gaudry, just five months after she was appointed as the first woman to run an AFL club.

Fairfax Media have reported that Gaudry will depart after attracting negative feedback from Hawks officials and football department staff.

Gaudry, who is also a Vice President of world cycling’s governing body UCI, had no prior AFL industry experience when she took on the role, with Hawthorn President Richard Garvey saying on her appointment that the board was excited to bring in an outsider who could drive change at the club.

Gaudry (pictured) competed as a road cyclist at the 1996 and 2000 Olympics and was ranked third in the world at her peak.

After winning four premierships over the past decade, the Hawks finished last season in 12th place.

One of the AFL’s biggest clubs with more than 75,000 members, the Hawks are aiming to develop new multi-million dollar headquarters at Dingley in Melbourne’s south-east over the next decade.