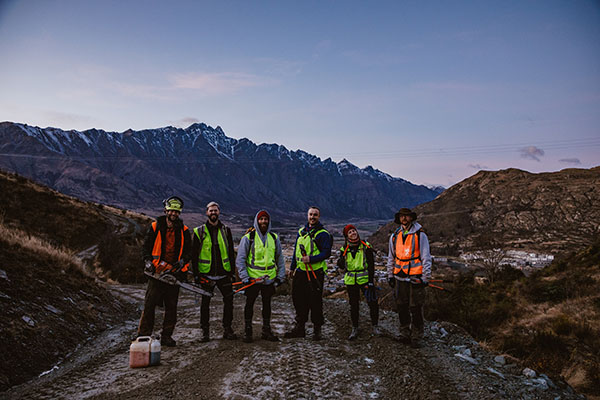 The Tourism Workforce Alliance - a new Queenstown regional partnership and workforce of dedicated locals affected by COVID-19 - has delivered new bike trails, upgraded reserves, wilding pine removal and ecological improvements, as part of their raft of environmental initiatives fast-tracked around Queenstown in the last four months.

Set up in May 2020 to assist COVID-affected tourism workers in Queenstown, the Tourism Workforce Alliance initiative was spearheaded by Bungy NZ which provided project management and operational resources to organise project and workforce logistics.

Thanks to the invaluable support of community groups and contractors, the following projects were completed:

More than 50 residents from various tourism organisations who had lost their jobs or were on reduced hours, took up the call from AJ Hackett Bungy to join the newly formed Tourism Workforce Alliance and got outdoors to make a difference to their local environment and community.

Project and labour funding was provided via DOC’s Kaimahi for Nature fund and the Queenstown Lakes ‘In the Wild’ Working Group. The Working Group, comprising DOC, Queenstown Lakes District Council and Otago Regional Council, was formed in June to better evaluate and co-ordinate local nature projects for the benefit of the community. 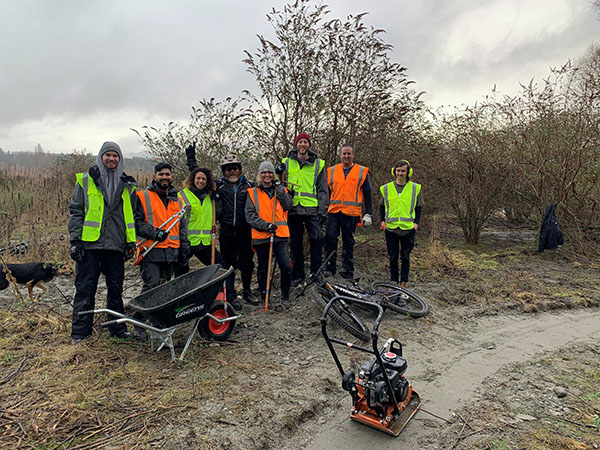 Whakatipu Wildlife Trust was heavily involved in the projects and Executive Officer Leslie van Gelder said the tourism workforce had done an outstanding job in all weathers adding “the extra resources deployed have helped protect and enhance our local environment and fast-track programmes of work that may have taken us years to achieve, so we thank the team from the bottom of our hearts for their efforts.  In particular, the additional predator traps they built and put out allowed us to link up existing trapping groups to create a much wider network.”

Anita Golden, Chair of the Lake Hayes Estate and Shotover Country Community Association, added her thanks on behalf of local residents who were delighted and grateful for the new trails.

Golden notes “The Tourism Workforce Alliance has been amazing, and we’re very grateful for these new assets which will benefit our community for years to come.  It normally takes a lot of time and volunteers to get these kinds of projects completed so to have it ready within three months is fantastic achievement. It’s really helped our local community get out of their houses and enjoy family time outdoors which is great for their mental and physical wellbeing during a difficult time.”

Fifty-six-year old father of two Tony Banks was thrilled to be part of the Tourism Workforce Alliance team and thanked everyone who made it possible, particularly Matt Hollyer and Henry Van Asch from AJ Hackett Bungy.

“The workforce has given me real purpose over the past few months and I feel good about what we’ve achieved for the environment and the feedback we’ve received from locals.  I met some great people, got fitter and learned some new skills which I’m putting to good use - everywhere I go now I’m pulling out broom!”

A celebratory BBQ for all involved was held at the new Shotover Delta Track.  The track was officially named ‘Sweet Robbie’, after Fraser Gordon’s five-year old son, as a tribute to the time and effort Fraser put into the trail.  Fraser is well-known as a local trail designer and builder and has been part of the Tourism Workforce Alliance for the past four months.