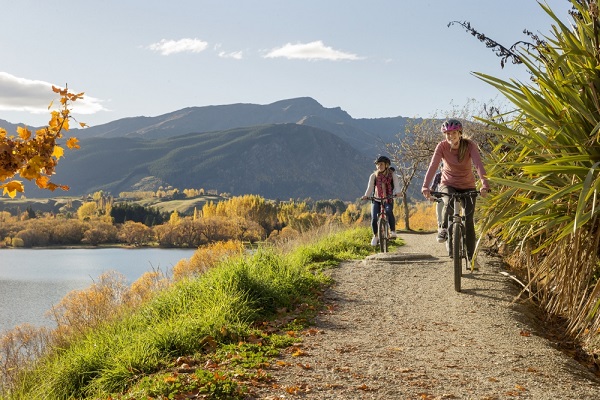 A business case for an ‘active transport’ network of trails suitable for cyclists and pedestrians throughout the Wakatipu region has been released by the Queenstown Lakes District Council.

Looking to aid residents move away from using roads in their daily journeys as well as for tourism, the proposed initial phase of the ambitious project, expected to create 32 kilometres of trails, would require a joint investment of $40 million from the Council and NZ Transport Agency over five years.

The move has been lauded by Queenstown Chamber of Commerce Chief Executive Anna Mickell as "obviously amazing''.

As reported by the Otago Daily Times, the business case for the $134 million plan also outlines the benefits of boosting the active travel network in a rapidly growing area, and getting people out of cars and off the increasingly congested local roads.

The report advises "given increasing urban and population growth in the coming years and a continued reliance on private vehicles as a primary mode of transport in the absence of alternatives, an active travel network presents an opportunity to support regional growth, integrate future changes to land use with the transport system, and support improved health benefits for the local community and visitors.''

In particular, it highlighted the need for strong connections between growing suburbs such as Jacks Point and the central area of Queenstown.

However, the business case noted, there were "cumulative real and perceived safety issues for active travel users'' on the current network, adding “perception and increased relative risk mean that Wakatipu residents do not view cycling as a viable travel choice for work or recreation.

"When combined with a trail network with missing links and poor levels of service for pedestrians and cyclists, this deters active travel users and reinforces a transport system dominated by private vehicle trips.”