Tough Mudder to launch in Dubai in December 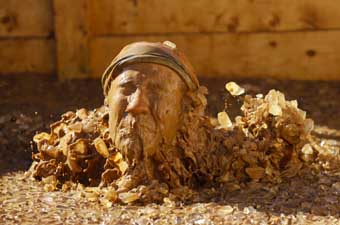 Dubai will stage its first Tough Mudder obstacle race at the Emirate’s Hamdan Sports Complex on the weekend of 9th and 10th December.

Founded in 2010 as a military-style obstacle course race, Tough Mudder has developed into the standard bearer for an 'fun' endurance races, with a slogan of ‘Probably the toughest event on the Planet’.

More than 2.5 million people have taken part in events all over the world, with 120 different races scheduled to take part in 2016.

However, Tough Mudder events have been criticised for risks associated with some of their recently introduced features including electric shocks, tear gas and fire-based obstacles.

A Tough Mudder event in Pennslyvania, USA in July 2013 saw 38 race participants taken to the emergency room at a nearby hospital while another 100 were treated on-site.

Patients suffered seizures, dehydration and fainting, leading to considerable criticism of the extremity of the event.

Before they compete, contestants must sign a waiver that reads in part: “I acknowledge that the TM (Tough Mudder) event is an extreme test of my physical and mental limits that carries with it inherent risks of physical injury. Inherent risks are risks that cannot be eliminated completely (without changing the challenging nature of the TM event) regardless of the care and precautions taken by TM.”

It goes on to release Tough Mudder “from any and all claims, actions, suits, demands, losses and other liabilities in relation to any death, physical or mental injury ... resulting from the inherent risks of the TM event or the ordinary negligence of TM.”

In spite of these waivers, participants injured during Tough Mudder have taken legal action against the company.

According to Tough Mudder spokesman Ben Johnson, each new obstacle goes through a testing process involving outside engineers and fire and emergency medical professionals, and organisers file an internal report after every event.

Johnson says safety “is not a one-time process or procedure. It’s something we take to heart.”

“We’re pretty adamant at the beginning of the event that no obstacle is mandatory (and) there’s no penalty or punishment if you don’t want to do something.”

The Dubai installment of the race, which is untimed, will feature two distances, an 8 kilometre and 16 kilometre course, and a ‘Mini Mudder’ event for seven to 13 year olds raced over 1.5 kilometres.

For more information, go to www.toughmudder.ae