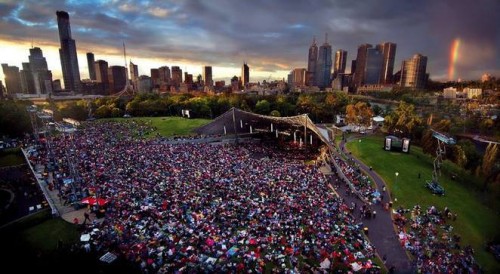 The ABC has reported on fan dissatisfaction over tickets for upcoming Midnight Oil concerts appearing on the Ticketmaster Resale website, just hours after concerts went on sale.

Fans spoke out on Monday after tickets sold out in minutes, but later appeared for resale on sites - such as ViaGoGo, Stubhub and Ticketmaster Resale - at many times the original price.

A Ticketmaster spokesperson told the ABC that Ticketmaster Resale is a separate entity, and is a "fan to fan" site which enabled people to sell unwanted tickets.

However, the spokesperson declined to comment on whether Ticketmaster was profiting from, or enabling scalping, by allowing tickets it sells through its main site to be resold soon after at up to six times their face value. 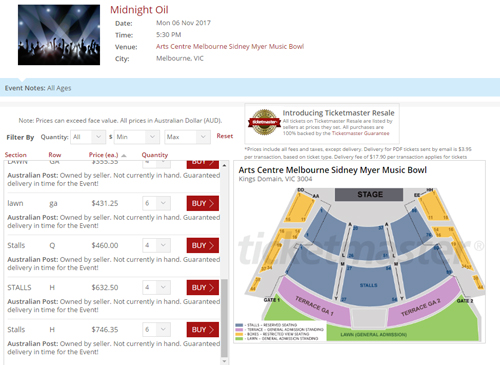 Midnight Oil's Manager John Watson said he believes that of those who were able to buy tickets, "the vast majority are scalpers", adding “there are automated buying systems they use.

"Computers are able to jump the queue to put fans at a disadvantage."

Watson said the band was disappointed - especially because it took special measures to beat the scalpers on this tour, issuing printed, instead of electronic tickets, linked to the name of the person who bought them.

The band has urged fans not to buy secondary tickets.

Near immediate 'sell outs' of Midnight Oil tickets are the latest example of resellers accessing tickets and looking to sell them on at inflated prices.

European nations including the UK, Spain and Italy are considering making this practice illegal.