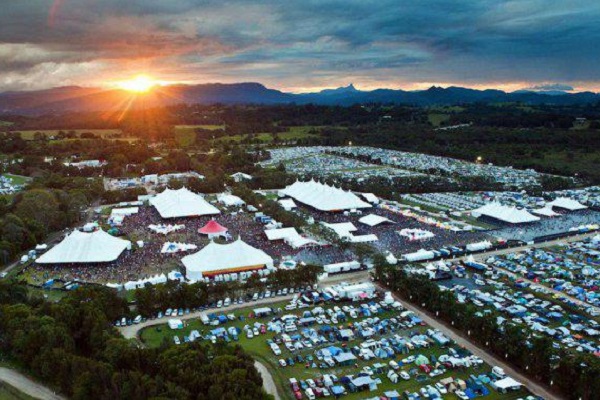 Three teenage girls were injured after a Ferris Wheel car they were in plunged about four metres in northern NSW last night.

According to Police at the scene, the car broke free from the ride and fell just after 7pm at the Byron Bay Bluesfest at Tyagarah, north of Byron Bay.

A NSW WorkCover spokesman added, "it looks like the car they were travelling in detached and fell four metres to the ground.'

The girls climbed from the car, with two 15-year-olds, one from from Tweed Heads and the other from Queensland, suffering back injuries while a 16-year-old had cuts and abrasions.

The teenagers were taken to The Tweed Hospital, where they were treated in emergency and released before midnight, a hospital spokeswoman said.

The WorkCover spokesman confirmed that an investigation into the accident had been launched and that a temporary prohibition notice banning use of the ride had been issued.

The spokesman said the investigation could take days or weeks, and would involve speaking to the girls and witnesses, checking maintenance records and testing parts of the Ferris wheel.

"The operator of an amusement has a legal obligation under the Occupational Health and Safety Act to maintain machinery in safe working order," he said, adding that if the operator had defaulted on their legal obligations that they could be fined and prosecuted.