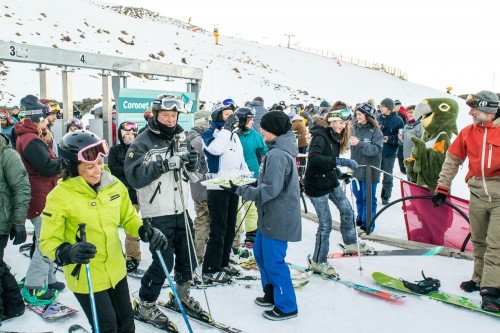 At Coronet Peak 2,500 people turned out to support opening day while at Mt Hutt hundreds of skiers and snowboarders from far and wide descending on the mountain with unprecedented levels of enthusiasm.

Sharp season pass pricing by NZSki has reinvigorated enthusiasm in the local community, driving new skiers and those who haven’t skied for years back to the slopes.

At Coronet Peak around 300 people were first through the gates at 9am, with Ski Area Manager Ross Copland saying the number of people was the biggest the ski area had seen for some years. 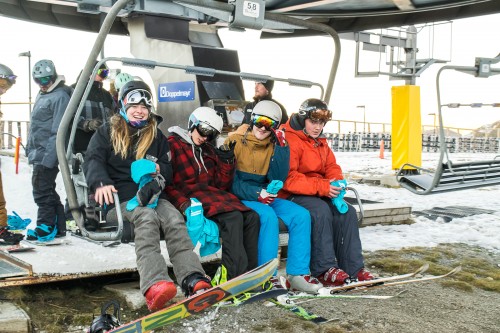 Copland “we’ve seen massive support from our local community, partly because so many people and especially families are getting back into skiing, or being introduced to skiing for the first time, thanks to our great season pass prices this year.

“Opening day’s always special because we’ve put so much effort into it over the previous seven months of reparation, so it’s great to finally be here.”

Coronet Peak created a number of new trails over summer, and Copland says new grooming and snowmaking technology has proved invaluable in the build up to opening.

Mt Hutt opened with main trails operating from the top of the mountain to the base area, accessed by the Summit Six, Quad chair and Magic Carpet for beginners.

NZSki Chief Executive Paul Anderson said the ski industry was “in good heart”, stating “our local communities in Queenstown, Christchurch and Canterbury are buzzing with new enthusiasm for skiing and snowboarding, and having recently met wholesalers in East Coast Australia I know we have great pre-season bookings and we’re looking forward to a very strong season.

“For our local and overseas markets it’s key to have opened on time with good snow conditions and more to come.” 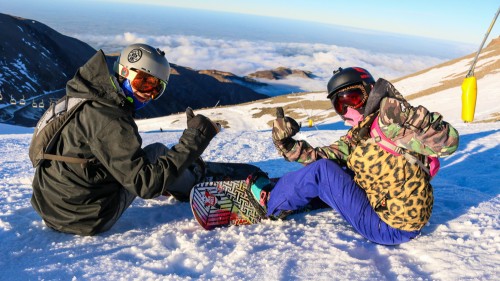 Mt Hutt is the largest and highest ski area in the South Island and last year was voted New Zealand’s best ski resort.

For information on passes, rentals and lessons, and to keep track of conditions in the lead up to season opening, go to www.nzski.com