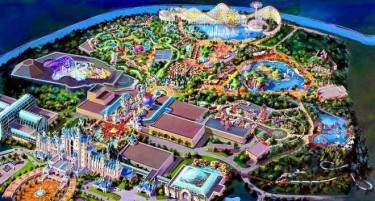 Dubai’s theme park industry is set to attract revenues close to US$5 billion by 2020 as part of a scaling growth trajectory in the United Arab Emirates according to Abdul Rahman Falaknaz, Chairman of exhibition company IEC, organisers of the Dubai Entertainment, Amusement and Leisure (DEAL) convention.

With 2016 expected to see millions of tourists flocking to newly opened theme parks in Dubai, Falaknaz stated “entertainment and leisure projects within the UAE and across GCC have boosted the confidence of the amusement and leisure industry manifold.

“UAE is experiencing this exponential growth because of its quality infrastructure and growing tourism and retail industry sectors.

“Another key factor is that Dubai is also becoming the MICE capital of the world due to the yearlong calendar of trade events.

“This also brings in considerable amount of footfall as families merge business with leisure activities and that further propels the theme park industry.”

The growth in visitors will be good news for industry operators as they look to innovate and take the theme park industry to the next level.

Canadian-based WhiteWater West, which has supplied the rides for Aquaventure Waterpark at ‘Atlantis The Palm’ in Dubai as well as many of the rides at Abu Dhabi’s Yas Waterworld, will deliver a river rapids ride for the Motiongate theme park, which is scheduled to open in Dubai in October 2016.

Commenting on the growth of the regional attractions industry, Ahmad Hussain bin Essa, Chief Operating Officer of Dubai’s annual Global Village fair stated  “the leisure and attractions industry in this region is in a very good stage compared to other global markets.

“Several projects in this region are at different stages of development which should take shape in the next two years.

“As pioneers of this industry within Gulf Cooperation Council, we have a unique product which has worked successfully for nearly two decades – our biggest USP is that we have an original concept which appeals to the locals and GCC visitors, expat residents and international tourists.”

The GCC is set to witness a boom in tourism as new projects and developments are being planned and in the execution phase to usher in more tourists than ever before. One of the examples include Oman’s biggest indoor theme park - Majarat Oman which will be able to accommodate 2,500 to 3,000 visitors a day.

Mohammad Attia, Regional General Manager for Al-Othaim Leisure adds “the theme park industry in GCC is growing by leaps and bounds as more developments are taking place with a dedicated leisure and entertainment offering.

“Customers do visit the indoor theme parks more frequently as compared to the outdoor parks.

“The operators have revolutionized the industry by ensuring the best safety standards are adhered to and by offering more value to their customers. The industry in GCC emphasizes more on the rides and attractions mix as compared to the redemption and novelty games and merchandise offered by the operators across the world.”

Evidence of this growth was also witnessed at the recent DEAL convention, were exhibitors signed contracts worth over AED1.2 billion.

The 2015 convention also saw DEAL grow by 35% over the previous year, as exhibitors signed contracts for innovative products and projects, amusement rides and other equipment. 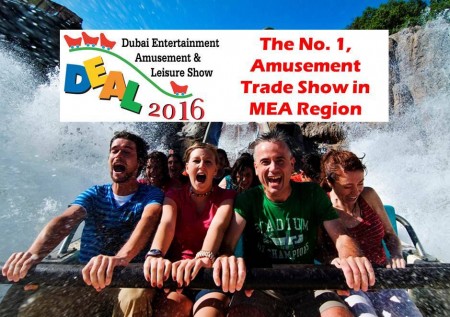 Highlighting this significant industry growth indicator, and looking forward to the 2016 convention, IEC Chief Executive Sharif Rahman concluded “DEAL 2016 will now have an exclusive amusement operators pavilion within the show dedicated to theme park ideas, concepts and solution across all aspects of the theme park experience.

“It’s a holistic approach that we are adopting with this new pavilion. It would be an exciting period for the amusement operators as the industry aims to provide them with umpteen benefits to establish themselves in these parts of the world.”