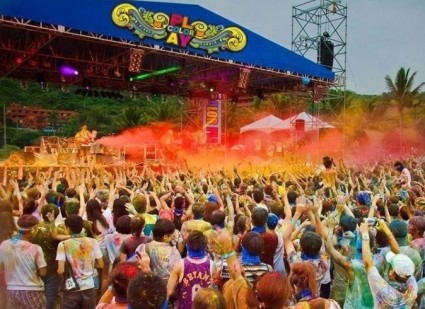 A man deemed responsible for an explosion during an event at a Taiwan waterpark that killed 15 has been jailed for four years and 10 months.

Lu Chung-chi, owner of Color Play Asia, had organised a ‘color party’ at the Formosa Fun Coast waterpark near Taipei last June. During the event, clouds of multi-coloured corn starch sprayed on revellers ignited after heat from stage lights triggered a blast that ripped through the crowd.

As a result of flames that engulfed a large portion of the dance area almost instantaneously more than 500 people were also injured.

Lu, who did not attend court Taipei for his sentence was found guilty of negligence

His sentence prompted some victims and their relatives to state that it was not long enough.

A press statement provided by the court explained “most of the victims were very young and their wonderful lives were about to start. They had beautiful dreams to be realised.

“Because of the explosion, 15 of them lost their lives and most of the survivors suffer tremendous physical and emotional pain and torment.”

“Relatives of the deceased suddenly lost their family members and suffered irreparable and excruciating pain and regret.

“The explosion happened due to the negligence of the defendant.”

Lu was arrested soon after the incident and charged in October on multiple charges including negligent homicide.