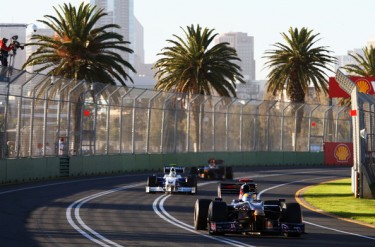 In another leisure releated commitment made in advance of the NSW election, Premier Baird revealed that, if re-elected on 28th March, he would look to stage a Grand Prix in the heart of Sydney’s central business district.

The team would report to the NSW Government by the end of the year on the economic feasibility of staging a street race Sydney.

The Daily Telegraph report said Premier Baird is interested in a minimum three-year bid which would cost up to $180 million.

Speaking to the ABC, Walker said Premier Baird’s “team of advisers have advised him very wrongly.”

Walker highlighted that Melbourne has “a contract with (Formula One Group Chief Executive Bernie) Ecclestone until 2020 and we have another five-year option … so it's a long time before Sydney could even think about it.”

Walker added that the five-year Melbourne race contract would probably be extended to 10 years “some time in the next few months.”

Last August, the Victorian Government secured a five-year extension to its F1 race deal, ensuring that Melbourne will remain the venue for Formula One’s season-opener through to 2020.

With Australian state Governments increasingly recognising the value of major events, the current NSW Coalition Government recently announced that it would boost its major events budget by $123 million if re-elected, with events being targeted including F1, the return of Major League Baseball to the city, or games from fellow American leagues the NFL and NBA. The extra money takes the major events budget to $643 million.

Premier Baird stated “I want the Formula One to come to Sydney, because no other city in the world could provide a more spectacular backdrop for this event.

“We know this event is watched by up to 30 million people around the world, and securing the grand prix would put our already successful events strategy in pole position.”