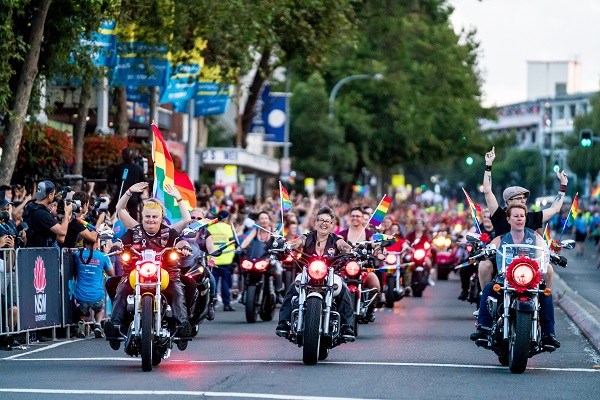 Sydney Gay and Lesbian Mardi Gras 2020 theme is What Matters, a motif which builds on the legacy of Mardi Gras as a platform for activism and encourages the public to examine what we can do to build an even more inclusive future.

The 2020 theme What Matters, highlights that in the afterglow of the marriage equality debate, it’s a time to amplify the voices of the marginalised and evaluate the battles that still need to be fought on the road toward complete equality for all.

Mardi Gras Arts Interim Chief Executive, Grant Lowe noted that “this year we celebrate those at the forefront of the fight for equality. From ground-breaking queer artists to trailblazing thought leaders, Mardi Gras 2020 is an opportunity to visit the next destinations on our journey of diversity, inclusion and social justice.

“With Sydney named as the host city for WorldPride 2023, there has never been a more pertinent time to celebrate LBGTQI+ culture and uplift every shade of the rainbow.

Mardi Gras Creative Director Kat Dopper advised that “we are thrilled to announce the expansion of the Mardi Gras Festival Hub in 2020. A hive of activity throughout the Festival, the Festival Hub will showcase 15 eclectic events including incredible local and international queer performances, inspiring discussions, side-splitting comedy, theatre, music, dance, circus, burlesque and drag all under the roof of Sydney’s Seymour Centre, plus the late-night Festival Club from Thursday to Sunday each week.”

For more information go to www.mardigras.org.au.