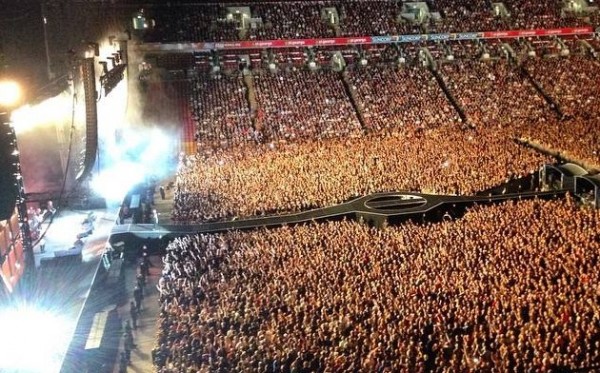 A move to increase the number of concerts allowed at Brisbane's Suncorp Stadium each year from four to six is to go ahead after getting community backing.

This year Suncorp Stadium has already hosted One Direction and the Foo Fighters, and with concerts by Ed Sheeran and Taylor Swift coming up, has reached its yearly limit.

Queensland Treasurer and acting Premier Curtis Pitt said after eight weeks of an online survey, the results were clear.

Treasurer Pitt stated "almost 4,300 people completed the Queensland government online survey and more than 83% of respondents agreed or strongly agreed that Suncorp Stadium should be allowed to stage more than four concerts each year.

Queensland Minister for Sport and Racing Bill Byrne said it was the first time the cap had been reached since it was imposed in 2006, adding "effectively we had to turn away AC/DC because of the cap and like a lot of AC/DC fans, I was very disappointed."

AC/DC will now play two shows at the Queensland Sport and Athletic Centre at Nathan in November.

The new concert cap will begin from 2016, with the Queensland Government set to work with Stadiums Queensland, local residents and businesses to ensure the new rule was imposed with minimal disruption.