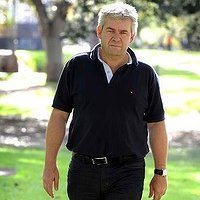 While media attention has been focusing on Australia and Queensland halfback Johnathan Thurston joining the Melbourne Rebels, Waldron's departure from the Storm came as a shock.

With previous experience as Chief Executive of St Kilda AFL club, as well as his five years experience with the Storm, his appointment is a coup for the Rebels as they look for a foothold in AFL heartland.

Melbourne Rebels Chairman Harold Mitchell said the club was delighted with the appointment, stating "Brian's talents as an organisational leader and his ability to nurture and operate successful sporting entities at the highest level are well evidenced.

"He is thoroughly committed to achieving success with the Rebels and to developing a team that embodies leadership and integrity both on and off the field.

"His appointment is a vital step toward ensuring our club makes an outstanding permanent contribution to Melbourneâs sporting culture."

Brian Waldron said he was excited by the prospect of leading Melbourne's newest elite sporting team, adding "the role with Melbourne Rebels is a rare opportunity to develop a successful high level sporting team from the ground up."

Rugby sources believe that Waldron could soon be followed into the Rebels by former Wallabies coach Rod Macqueen, who is expected to take on a position as Director of Coaching.