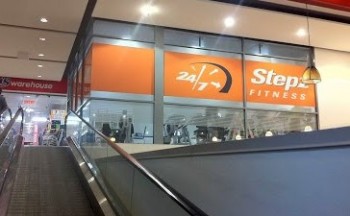 24/7 gym franchise Stepz Fitness has opened its seventh and biggest club yet in Brisbane's east.

The company-owned club is located in Cannon Hill Shopping Centre and occupies 325 metre2 of the upper level of the Woolworths-anchored centre.

Stepz Fitness Director Quang Tran explains "the launch of our Cannon Hill gym has been a huge success - we signed more than 100 people on the first day which is a Stepz Fitness record.

"Round-the-clock gyms are becoming very popular because we live in a 24-hour society and people want the flexibility to work out whenever they want. It's not unusual to see people lifting weights or on the treadmill at two or three in the morning at our clubs."

Tran believes that the site is an excellent location for Stepz and would bring more traffic to the centre.

The new gym offers state-of-the-art equipment complete with a touchscreen display which lets members connect free to the internet while they work out.

Tran adds "we see lots of people updating their Twitter and Facebook accounts directly from the treadmills, bikes and elliptical cross trainers.

"They can also play games and watch TV or video tutorials on the workout they are doing.

"People love the technology because it means they can stay connected to the world even while they exercise, whether they want to work, play or just make their workout go by that little bit faster."

Members are given a special security pass allowing them 24-hour access to the gym, which also has external access when the shopping centre is closed.

The first Stepz Fitness club opened in Stones Corner in Brisbane in 2009. The chain now has six gyms across Brisbane and one in Sydney, and has plans to grow to at least 50 gyms by 2014.

For more information go to www.stepzfitness.com.au