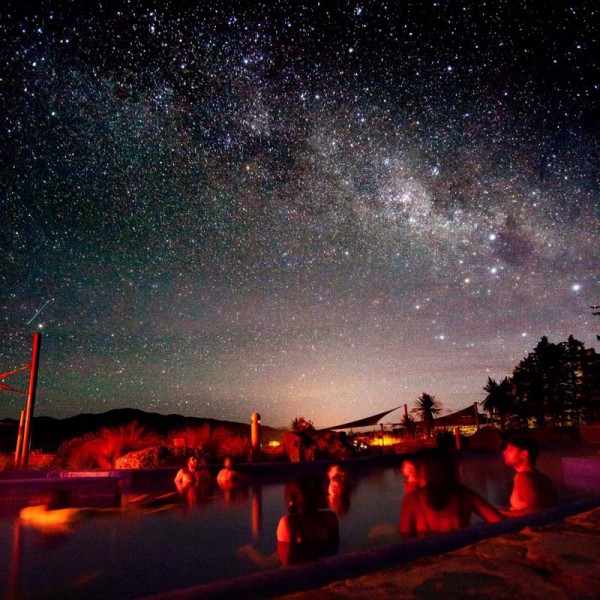 The introduction of star gazing tours combined with the launch of new pools have put Tekapo Springs firmly on the global tourism map.

Development of stargazing tours followed on from a multi-million-dollar investment into two new pools and an aqua play area at the complex, bringing the total number of pools to five.

Both investments have ensured the multi-award-winning South Island tourism attraction, renowned for its innovation and continued business developments, continues to be at the forefront of ‘must-do’ activities for visitors.

The tours take advantage of the fact that the tiny township of Tekapo sits within the world’s largest international dark sky reserve (4144 kilometre²), only the fourth such reserve in the world.

They incorporate a 40-minute guided night sky tour with trained star guides followed by a 40-minute soak in the hot pools. Guides continue to give information, answer questions and ‘story tell’ on request, while guests chill out to relaxing astro music. Guests can also get closer to the stars and planets by looking through one of three powerful telescopes installed at the pools.

Burtscher explained “developing a product that marries our beautiful Southern night sky with a visit to the relaxing Hot Pools makes for an exceptional experience..

“Visitors have called it an ‘out of this world experience’ or said they felt like they were floating in space, and our guides have been praised for being so knowledgeable about some of the closest and brightest features in the night sky such as stars, planets, constellations, and galaxies.” 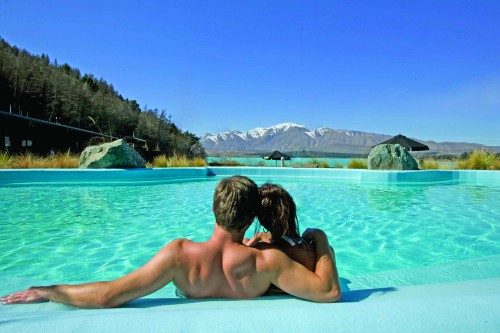 Burtscher said bookings were highly recommended as some tours were booked out well in advance, adding “even if the weather’s not perfect for star gazing, our guides provide an indoor audio visual about the night sky using the same content, with a high definition projector screen and astro photos and videos.”

Burtscher concluded “we now have two busy seasons both summer and winter.

“The pools are popular throughout the year, perfect for visitors in summer who want to relax while enjoying views of the lake and surrounding mountains, while in winter they’re a magical escape for visitors day or night.

Tekapo Springs is a year-round attraction nestled on the shores of stunning Lake Tekapo, beloved by visitors from all around the globe and winner of multiple tourism awards. The new pool additions – themed ‘High Country Tarns’, each with its own distinctive shade of aqua green – are part of Tekapo Springs’ long-term growth strategy for expanding its aquatic attractions and offering a wider range of water temperatures and features.

Images: A stunning display of stars and constellations lights up the night sky for Tekapo Star Gazing at Tekapo Springs (top) and relaxing at Tekapo Hot Springs while taking in the stunning scenery (below).