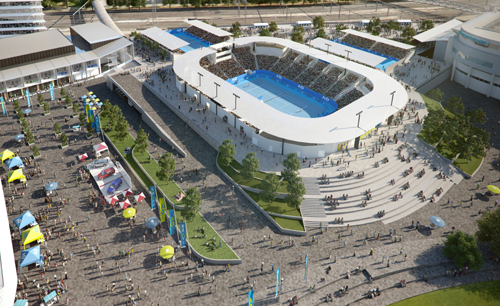 The Victorian Government has announced a commitment of $271 million to the third stage of the ongoing redevelopment of the Melbourne Park precinct.

The funding, which aims to guarantee that the Australian Open stays at Melbourne Park until at least 2036, will see the development of a new 5,000-seat tennis stadium along with a new function centre, central terrace and elevated outdoor public space.

Treasurer Pallas said the budget commitment formed the latest part of a 2009 plan to upgrade Melbourne Park, stating “it is a pretty good facility, but we want the best facility, not only in the nation but in the world.” 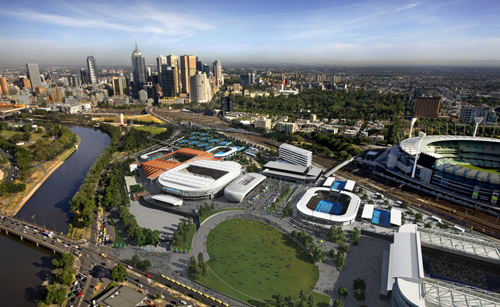 Commenting on the funding, Tilley stated “yet again the State Government is showing its belief the Australian Open is one of the premier sporting and entertainment events.

“The Victorian Government has played a major role in the remarkable success of our Grand Slam with its foresight and planning.

“The Victorian Government has led the way with the world-class redevelopment of the Melbourne Park precinct and the people of Melbourne have embraced the event in their hundreds of thousands as a result.”

The development will also see improved access for fans around the courts with new pathways, new scoreboards and signage. The southern entry will also be realigned and the northern entry upgraded as part of the works.

Together with works currently underway at Melbourne Park, this brings the Victorian Government’s investment in the site to over $500 million. 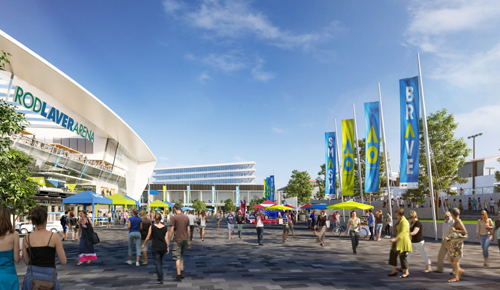 Construction work is currently underway on the new Rod Laver Arena eastern entry pod and player and artist facilities, while the newly opened Tanderrum footbridge safely ushered hundreds of thousands of tennis fans from the city to the heart of the action.

Stage two is set to be ready for the Australian Open 2019, and construction of Stage three to begin the same year.

Work on the yet-to-be-named stadium will start in 2019 as part of a $271 million redevelopment of the sports precinct.

A record 728,763 fans attended the Australian Open 2017, which was aired live in 220 territories on more than 65 different TV channels, reaching more than 900 million homes worldwide.

Images show Melbourne Park's planned new arena (top), how the precinct will look when complete (middle) and the new access areas (below).