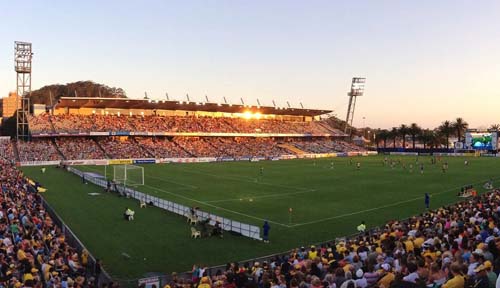 While both sides of politics backed the development of a new stadium in Townsville during the recent Queensland election, sport advocates in Cairns are calling for a rectangular stadium to be built in their city “as a matter of urgency”.

The Cairns Post recently reported that Northern Pride Rugby League Club Chief Executive Brock Schaefer had been highly critical of the ongoing debate over the site for a potential stadium, stating "I’m sick of words, we need action.

“This has plagued Cairns for two decades.

“They sat down together and planned it and in 18 months they got the funding.

“Cairns has just been racked by years and years of everyone going in different directions and as a result we’ve missed out on funding for sport.”

Schaefer expressed his surprise that not a single political party had campaigned on the issue during the Queensland State election given the role State MPs played in securing major pledes millions of dollars to build Townsville’s new stadium.

Several sites for a new Cairns stadium have been proposed over the years including the Cairns Showground, the North Cairns sporting precinct and at an upgraded Barlow Park.

However, current users of Barlow Park, including Cairns Athletics, are apparently unenthusiastic about the probability of having to relocate if a new stadium is built.

Cairns Regional Council Mayor Bob Manning is aware of the mounting political pressure for a stadium site to be selected, but won't commit to a specific site.

Mayor Manning told The Cairns Post "we are looking at a couple of sites, one of those is the showgrounds.

"We had discussions with both parties in the election, the ALP and the LNP, about government funding support for those, but again, we’re going through the conceptualisation.”

Cairns Regional Council has previously appointed consultants to look at the various site options, with their study taking into account the interests of the various stakeholders in the Barlow Park and showgrounds precinct.

Leichhardt MP Warren Entsch favours the land at the showgrounds used by the Cairns BMX Club and said they would be hopefully moved to a proposed multi-use cycling precinct.

Entsch stated "it has got to be in the centre of the city because it will be utilised for a lot of things, not just sports events.

“I think it’s absolutely critical and I think we need to make a decision sooner rather than later.”

Far North Queensland Heat General Manager Kevin Maher has previously said they could potentially make a bid for an A-League team in three years, but they would need a suitable facility to hold home games.

Maher said he had faith in council to choose a site but also called for quick action, stating "from a football code, we’re very supportive of it and we would endeavour to attract A-League fixtures with the Heat, so that adds weight."

In terms of stadium design, Cairns groups have favoured using Gosford's Central Coast Stadium (pictured) as the benchmark for a new rectangular stadium in the city.