Splendour in the Grass sells out again 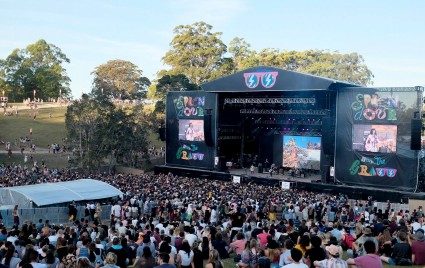 The 15th annual Splendour in the Grass Arts & Music Festival has sold out with single-day, three-day and camping passes were snapped up through moshtix in a single morning on the day of the event’s general public ticket release.

The public release followed a week of various pre-sales which all saw more demand than previous years, reflecting the continued huge interest in Australia’s most in-demand music festival.

Now firmly re-established at its home at North Byron Parklands, Splendour in the Grass 2015 boasts one of the best line-ups yet with over 100 local and international acts.

Commenting on the ticket sales, Event Co-Producer Jessica Ducrou stated “we couldn’t be happier with the way the (sale of tickets) has gone .

“It’s always a huge relief for us after all the planning to see a continuation of the incredible demand for Splendour.

“Following the amazing feedback we got from punters last year about our refurbished North Byron Parklands home, we think 2015 will be the best event in our 15 year history.”

“A special thanks must go to our official ticketing provider, moshtix, for their efforts this morning in managing the unprecedented demand, and for the outstanding service they have provided us in the lead up to today. It’s been the smoothest ticketing process we’ve ever had for the event.” 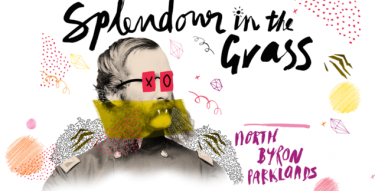 For those unable to secure tickets, a re-sale facility for Splendour in the Grass will be available from 1st June.

moshtix Chief Executive Harley Evans adds “in a tough and competitive market, Splendour’s latest sell out speaks volumes for the quality of the brand and the team that has built it over the last 15 years.

“It’s an absolute privilege for moshtix to be involved as the official ticketing partner, and we’re thrilled with how smoothly it’s gone.”

Proudly supported by triple j, Channel V, Spotify and in partnership with Climate Friendly. Splendour in the Grass 2015 is being held from Friday 24th to Sunday 26th July at North Byron Parklands, Byron Bay.
For more information go to www.splendourinthegrass.com