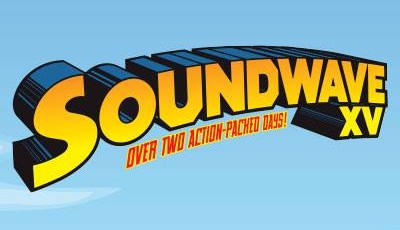 Soundwave has announced a new partnership with online ticket marketplace Viagogo in an effort to prevent scalpers from profiteering by reselling tickets for its four festival events.

Promoter AJ Maddah says the deal with Viagogo provides Soundwave fans with a safe and dependable way to buy tickets to sold out events.

he explains "over the last few years, we have seen an increasing number of fake tickets and outright scams committed by fraudsters on websites such as Gumtree (and) from a more selfish point of view, Viagogo also provides the festival with a unique platform to reach the global fanbase and expand Soundwave’s footprint internationally.”

Due to “pathetic” tickets sales Maddah has confirmed that this weekend’s Soundwave festival in Adelaide will be the last staged in the city.

However he says that the other three cities on the tour – Melbourne (also being staged this weekend) and Sydney and Brisbane (on 28th February and 1st March) – will continue.