Singapore recognises 353 donors for their $35.3 million contribution to the arts 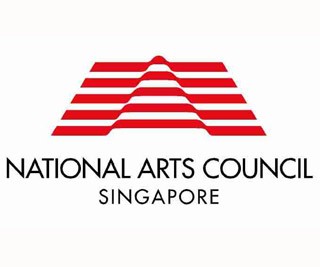 353 donors were honoured for their generous contributions of $35.3 million to Singapore arts scene in 2012 at the recent Patron of the Arts Awards Ceremony.

The awards have seen a hundred-fold increase in the number of recipients since their inception 30 years ago, with 120 of the donors being first-time contributors to the arts.

Guest-of-honour, acting Minister for Culture, Community and Youth Lawrence Wong said it was a "welcome trend" to see people contributing to the arts community in their own private capacities.

One example of such donors are the siblings of late Cultural Medallion recipient Leong Yoon Pin, Lucy and Lawrence Leong, who rallied their family and friends to pool together a sum of $500,000 for NAFA School of Music.

Speaking to The Business Times, Lucy Leong said the donation is their way of increasing resources for needy students. Her late brother who died in 2011 had benefited from several scholarships throughout his life.

The ceremony also saw 15 recipients receiving the Distinguished Patron of the Arts Awards, with Singapore Press Holdings becoming the first company to be conferred the award for the 21st year running.

The honour is given to recipients who received the award for the fifth consecutive year, or those who have made contributions of $1.5 million and above in one year, or within five years from 2006.

Speaking to over 300 guests at Conrad Hotel, acting Minister Wong said that everybody from individuals to the government, plays a part in developing the arts scene.

In the past, arts patronage was bestowed by royalty or religious figures. Today, acting Minister Wong said anybody can be an art patron, and their donation need not be a large sum. He said one can be a contributor simply by purchasing art works or 'encouraging a child with an unusual talent'.

Acting Minister Wong added that every individual action in supporting the arts, will go towards the overall cultural development of Singapore.

To show the Singapore Government's commitment to the arts, acting Minister Wong revealed that his Ministry has set aside $200 million for a scheme. This amount will be used to match private donations in the arts, culture and heritage sector.

The details of the scheme are currently being finalised and will be launched in the coming months.