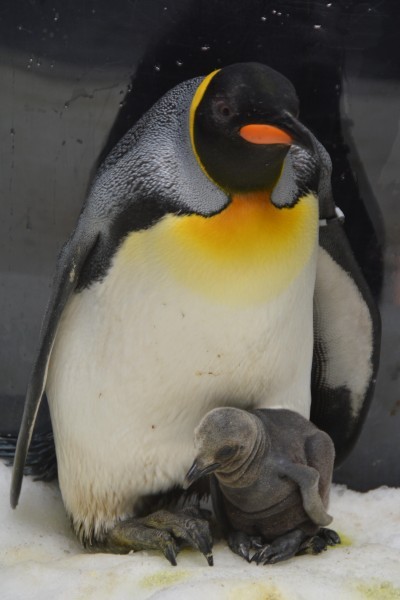 Sea World's penguin keeper Jeff Hancock says the chick's arrival is a remarkable as the mother, Leon, and father, Frank, have been mating for the past three years.

Advising that the chick is now a three-week old bundle of fluff and is doing extremely well, Hancock stated “this is our first King Penguin chick hatched at Sea World so it is an exciting time for everyone.

“(Leon and Frank) have been a mating pair for the past three years and are doing an excellent job at caring for the chick.

“Leon has chosen a nest site only centimetres away from a viewing window so our visitors can get a close encounter with the new chick.

“The chick is fed by Mum who regurgitates fish, rich in nutrients, and has tripled in weight from 150 grams to 450 grams since hatching.

“The remaining King Penguin colony at Penguin Encounter is also very excited about the hatching with the birds trumpeting when the chick chirps.

“We will be running a naming competition on Sea World’s Facebook page and we encourage our guests to visit and vote for their favourite option.” 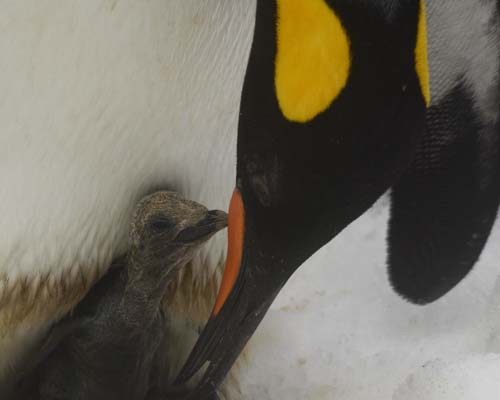 The King chick will grow to between 11 and 16 kilograms but the gender will not be known for several months until DNA tests are conducted.

King and Gentoo Penguins are important ambassadors for climate change and Sea World guests can learn about the effects of climate change in the Antarctic region in the Penguin Encounter educational exhibition.