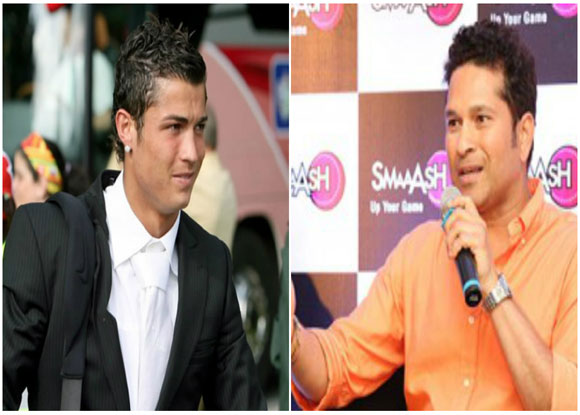 The company is looking to invest around US$20 million in setting up Smaaash Soccer Centres in Dubai and the Saudi Arabian city of Jeddah – with Ronaldo as the high-profile 'face' of the venture.

The first two venues are set to open later this year, with further sites being planned across the region.

According to Indian entrepreneur Shripal Morakhia – who owns Smaaash alongside Tendulkar – the centres will offer guests football-themed virtual reality games and skills challenges.

Speaking to the Times of India Morakhia stated "the company will launch a 65,000 feet² (6000 metre²) gaming arcade with soccer, cricket and other virtual games in Jeddah, Saudi Arabia, in July and another in Dubai two months later.

“We have seven soccer challenges through which you can find out what percentage of Ronaldo is in you, but Smaaash is also about the games Ronaldo loves.”

Tendulkar, who owns 18% of Smaaash, added "I'm very excited about the Smaaash and Cristiano Ronaldo tie-up, both from an India perspective and for football fans worldwide.

“Football is the number one sport internationally, and is growing at a serious pace in India.”

Beyond its Smaaash centres in the Middle East, the company plans to open similar venues in India.