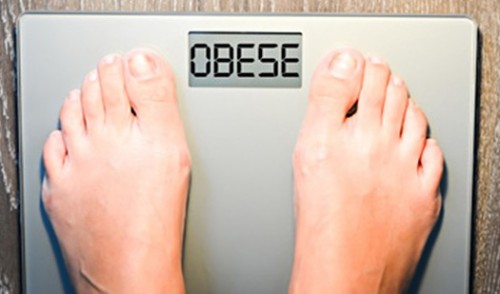 The New Zealand Register of Exercise Professionals (NZREPs) has highlighted how the cost of exercise and fitness club memberships should not be viewed as being a ‘non essential’ item in household budgets.

With New Zealand, along with the rest of the world, facing a dramatic increase of medical and health costs due to lifestyle factors and inactivity, NZREPs are emphasising how the cost of a gym membership, trainer or class may be cheaper than the cost long term of not exercising - both to individuals and to the country.

Referring to a 2013 survey undertaken by Market Economics, which showed the cost of inactivity in New Zealand as being a staggering $1.3 billion, NZREPs state “inactivity and other lifestyle factors create a serious financial burden, and we aren’t just talking the odd sick day.

“While the government is picking up the tab in most cases, when it comes to serious illness and disease, we pay in the end through taxes and other costs.

“The Ministry of Health suggests that up to one third of health loss is preventable, with some of the greater challenges being our diet, physical inactivity and the obesity epidemic. These challenges require more than a well-financed health system, but also a whole of society response.”

The increase in the waistlines of New Zealanders has led to an increase of health related illnesses. The 2008/09 New Zealand Adult Nutrition Survey found that one in three adults were overweight (37.0%) and one in four were obese (27.8%).

With a population of 4.4 million, that means more than a million New Zealanders can be classified as ‘obese’.

The cost of obesity is in part its relationship with some serious health issues including Type 2 diabetes, ischaemic heart disease (IHD), stroke, several common cancers, osteoarthritis, sleep apnoea and reproductive abnormalities which lead to loss of income and stretch our health dollar.

NZREPs add “behavioural risk factors (including unhealthy diet and physical inactivity) are responsible for about 80% of coronary heart disease worldwide.

“It’s a simple fact that a sedentary lifestyle is one of the major risk factors to heart disease, a risk factor that is easily controlled through moderate regular exercise.”

NZREPs also refer to arecent research study from the team at Liverpool’s John Moores University in the United Kingdom that found exercise not only helps prevent heart disease, but may actually repair heart tissue already damaged.

The research reported in the European Heart Journal showed that regular and strenuous (enough to make you sweat) exercise may lead to the development of new heart muscle. The researchers suggest that damage from heart disease or failure could be at least partially repaired through 30 minutes of running or cycling a day, at enough intensity to work up a sweat.

NZREPs conclude “according to the Mental Health Foundation there is increasing evidence linking physical activity and improving mental health. At least 30 minutes of moderate intensity physical activity on most days of the week can improve mood and decrease anxiety and stress.

“Physical activity is also thought to have a role in preventing serious mental illness such as depression.

“It is those feel good chemicals endorphins that hold some of the benefits for mood and mental health. They are the body’s natural painkillers and are responsible for that positive feeling experienced after physical activity.

“Either we open our wallets for increased government support of lifestyle diseases caused by inactivity, or we can open up the front door and get out there and exercise.”