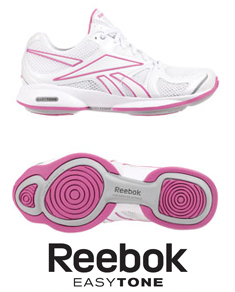 The Federal Court has ordered Reebok Australia to pay $350,000 as a result of having made false claims about its EasyTone branded shoes.

The Australian Competition and Consumer Commission (ACCC) launched the court proceedings over the promotion of the shoes between September 2011 and February 2013.

The Court agreed that Reebok's claims that walking in a pair of EasyTone shoes would increase muscle tone in the wearer's calves, thighs and buttocks more than traditional walking shoes were false and misleading.

These claims were made on shoe boxes and tags as well as on information cards and booklets and in-store promotional material.

The Court said Reebok had no reasonable grounds for making the representations.

Following the judgement, ACCC's Deputy Chair Delia Rickard released a statement that read "where businesses claim their products have certain performance characteristics and benefits, they have a responsibility to ensure that those claims are accurate and supported by credible evidence.

"This is particularly important in cases such as this where it is difficult for consumers to independently verify the claims."

Reebok consented to the judgment and fine against it.

It has also agreed to provide a refund of $35 per pair of shoes purchased to customers who feel they suffered loss or damage as a result of Reebok's claims.

The ACCC's action against Reebok followed moves by its US counterpart over similar claims in that country.

Reebok has re-released the shoe but without the claims about muscle tone.

The ACCC has previously taken action on misleading conduct in relation to fitness products and services:

2012 - Fitness club pays ACCC's first infringement notice for carbon claim - The ACCC believed that that the club did not have a reasonable basis for claiming the carbon price would increase the cost of gym memberships.

2010 - Fitness First provides ACCC with undertaking - Fitness First's promotional flyers indicated the joining fee was a ‘gold coin’ and specified an administration fee payable on joining but failed to specify, in a prominent way and as a single figure, the single total price for the membership.