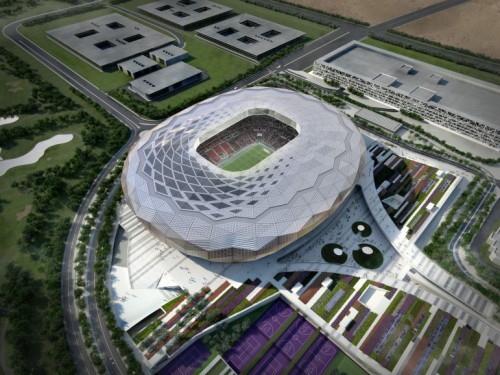 The organisers of Qatar’s FIFA World Cup 2022 have unveiled a plan to develop the nation’s seventh stadium into a waterfront neighbourhood after the tournament.

Announced in January, the 40,000-seater Populous-designed stadium is to be built in the waterfront area of Ras Abu Aboud. The venue, which will host matches up to the quarter finals, will be located on a 450,000 metre² site and will include 6,000 car parking spots during the tournament and 2,000 while in legacy mode.

The stadium will be one of the first ever designed from the beginning with the ability to transform into a mixed-use urban neighbourhood after the tournament.

Ghanim Al Kuwari, Competition Venues Executive Director for Qatar’s Supreme Committee for Delivery & Legacy (SC) said the stadium will play an important role in the development of the Doha skyline and waterfront. 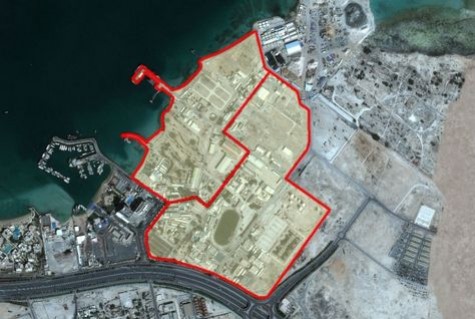 Al Kuwari explained “all our planning for the 2022 FIFA World Cup Qatar keeps in mind the legacy use of the stadiums after the tournament has finished.

“This design aims to create a unique and memorable addition to the cityscape. With this project we want to achieve a successful conversion from a sports venue into an appealing non sport legacy concept.”

Populous Senior Principal Christopher Lee said the stadium design and construction will see a new neighbourhood created in Doha, adding “we have a long-standing tradition of designing venues with a genuine legacy including the London, Sydney and Sochi Olympic stadiums. The SC challenged us to go further again and the design for the venue at Ras bu Aboud is going to be a game-changer. We are creating a whole new neighbourhood in a fantastic waterfront location overlooking West Bay and, at the same time, an incredible world-class stadium for 40,000 fans.”

Images: Populous' design for the stadium in Ras Abu Aboud (top) and the suburb as planned after conversion  into a mixed-use urban neighbourhood (below).