Push for women-only swimming in Canberra 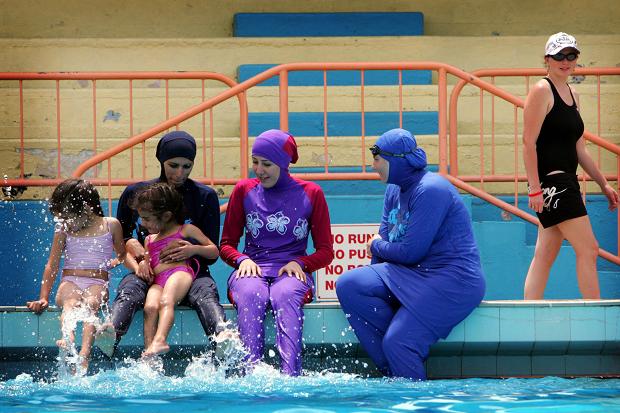 Momentum is gathering for women's-only swimming in Canberra, with calls for it to be incorporated in the design of the planned Gungahlin Leisure Centre or made available at existing pools.

Women's and other groups have been lobbying for women-only swimming based on religious, cultural and self-esteem concerns.

Royal Life Saving Society Australia (ACT), the YWCA of Canberra and the Canberra Islamic Centre are all supporting the push, which is being led by ACT Greens leader Meredith Hunter.

Hunter said she was contacted by constituents who wanted to ensure women's-only swimming was incorporated into the design of the new $28.7 million Gungahlin Leisure Centre, which is due to start construction in August.

She said removable screens to section off a part of the pool for women's-only swimming could be a solution, but also some funding or insurance coverage for other pools.

Aquatic facilities in Canberra have run women's-only swimming programs, but Hunter said these had been ad hoc arrangements because inevitably the pool became unavailable or there were issues with insurance or funding.

Hunter told The Canberra Times "what we need to ensure is that we have a long-term solution.

"I've written to the Chief Minister to say that it does need to be seriously considered on the new design. We need to build it into the design of the pool. We don't want to retrofit it."

The Canberra Times also referred to a Muslim mother who had contacted the ACT Government as she could not take her child to swimming lessons because neither she nor her husband felt comfortable being in a public pool.

Hunter explained "when you're going to learn-to-swim classes now they like the parents to be in the water with the children. For women, that's not possible because of the modesty aspects and for the father to get in a swimming group with other women is an issue as well.

"So that means there are children who can't access a vital life skill which is swimming lessons, water survival skills."

YWCA of Canberra Executive Director Rebecca Vassarotti said there was a need to ensure equal access to services for all women, including those who were overweight or recovering from an illness or injury.

Vassarotti said many women felt self-conscious going to a public pool because of their body image, explaining "they do feel self-conscious and that it's not a welcoming and safe space for them."

Kalek explained "women want choices to be able to exercise and be confident to just be who they are and not be judged by men."

"We want to wear our exercise gear or swimmers, whether it's a one piece or a two-piece."

Kalek said there was a perfect opportunity to incorporate the option into the design of the new Gungahlin pool, adding "even if it's not done anywhere else in Australia, why can't we be the first?

"It's not just for Muslim women, it's for all women. Pregnant women, older women, women who've just had a baby, women who are self-conscious about their size and weight, women with disabilities."

ACT Sports Minister Andrew Barr said the ACT Government was confident of finding a solution but ruled out the construction ofa women's-only pool.

Minister Barr stated "the Government is happy to explore ways to meet women's-only options, and we're investigating options at the new Gungahlin facility and in other facilities, both public and private.

"I am optimistic it will be possible to identify ways in which women interested in participating in swimming activities can do so in suitable circumstances.

"Ensuring broad community access is important and we don't want to exclude half the population from a significant new piece of infrastructure."