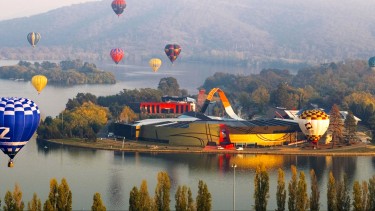 Over the Convention’s four days, more than 150 regional tourism professionals from all states and territories will convene in the nation’s capital to partake in a national discussion that will help formulate a plan for sustainable regional tourism growth and development to 2030.

The official proceedings will commence on Monday evening with a Welcome Reception to be held at the Canberra and Region Visitors Centre from 6pm.

Featuring an exciting line-up of more than 40 tourism professionals, the speakers program for this year’s event is unlike any program delegates will have experienced before.

ARTN Chair Simon McArthur explained "the calibre of presenters we’ve secured for the 2017 Convention is second to none. We’re delighted to have digital-disruptors, Uber and AirBnB, and many regional case studies being presented.”

ARTN launched the 2017 program with Convention Partners, Visit Canberra and Austrade who are looking forward to showcasing the best of Canberra to delegates through various field trips and dinners along with relevant presenters.

In addition to increasing regional dispersal and product development, the key themes to be tabled in Canberra include agritourism, the sharing economy, aboriginal tourism, accessible/inclusive tourism, visitor servicing, air access and cruise tourism.

McArthur added "the Convention is a fantastic forum in which regional tourism practitioners can exchange ideas, discuss and debate some of the most important issues, challenges and opportunities facing regional tourism.”

The Board of the ARTN invite local government representatives, regional and state tourism organisations and all sectors of the Australian tourism industry to contribute to the future of regional tourism by participating in the Convention this October.