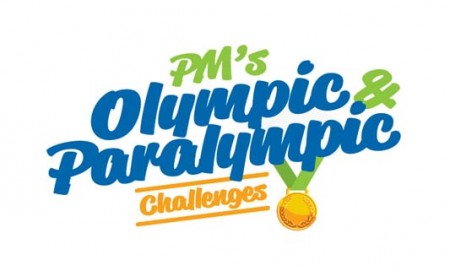 The Prime Minister's Olympic and Paralympic Challenges will tap into the spirit of the 2012 Olympic Games, encouraging young Australians to compete for gold, silver and bronze awards while the competition is being played out over in London.

Prime Minister Gillard explained "every four years we are captured by the talent, determination and spirit of our Aussie athletes as they take the world stage.

These athletes provide the foundation for the dreams and aspirations of many young sports people as they strive to emulate their heroes.

"We want to take this enthusiasm and use it to get kids out in the fresh air showing the sportsmanship that Australia is rightly renowned for.

"In the Olympic Challenge, primary school kids will accumulate points every time they take part in an individual sport or as part of a group at school or through a community organisation."

The Paralympic Challenge will build on the existing Paralympic Education Program which is designed for children and teachers to learn more about Australian Paralympians, the Paralympic movement and people with disabilities in general.

The Challenges will run from 28th May 2012 until the close of the Olympics on 12th August and the Paralympics on 9th September 2012.

Registrations will open in April 2012 with information to be sent to schools, out of school hours centres and other organisations who might want to take part in a Challenge.

There is no cost for children, schools or other organisations to participate.

They enhance the Gillard Government's commitment to boosting sport in communities across the country, which includes more than $117 million in the 2011/12 Federal Budget to support initiatives and programs including the $43.9 million Active After-school Communities program.