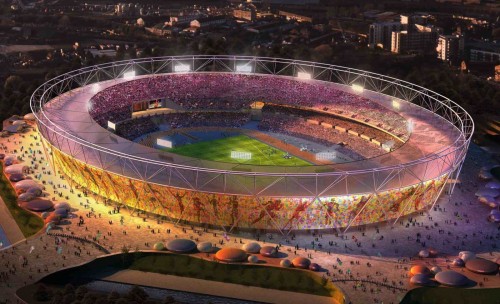 Global architecture firm Populous has been appointed by the Western Australian Government as architectural consultants to support the development of the Project Definition Plan (PDP) for the new Perth Major Stadium to be built at Burswood.

The PDP is the first stage in the development of a new 60,000 seat stadium capable of hosting Australian Football League (AFL), international rugby union tests and rugby league events, international football and cricket as well as open air concerts.

Populous Senior Principal and head of Asia Pacific region, Paul Henry, said it is a great honour for Populous to have won the consultancy and it is critical to get this stage of the project right.

"The PDP is the foundation stone to create a stadium not just for now, or the immediate future, but for generations to come. We will use the very best of our Australian and global expertise to create a cultural and sporting landmark, future proofed and at the cutting edge of stadium design.

"The Western Australian Government has a big vision for an integrated sports and leisure complex at Burswood. The stadium must integrate with all other planned developments at Burswood creating a 'string of pearls". Importantly, the stadium will be designed for legacy. It will be capable of hosting the best in international events, but it will also be an environmentally sustainable, well planned, well integrated community asset for the people of Western Australian."

Populous are world leaders in stadium design, responsible for many of the world's best known stadia including the main stadium for the London 2012 Olympics, Suncorp Stadium in Brisbane, Metricon Stadium on the Gold Coast, Wembley Stadium and Emirates Stadium for Arsenal FC in London, the new Yankee Stadium in New York and Reliant Stadium in Houston. Populous was also part of the design team for ANZ Stadium in Sydney, Etihad Stadium and the MCG in Melbourne.

Their Australian office is located in Brisbane.

Image shows the Populous design of the main stadium for the London 2012 Olympics.