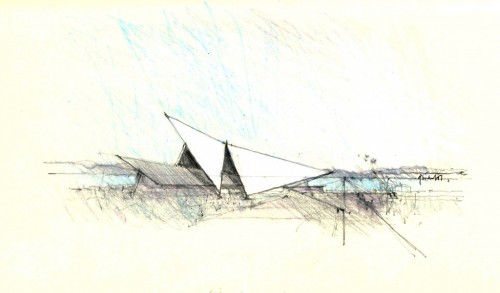 The Western Australian Government has appointed the Perth Theatre Trust as interim managers of the new Albany Entertainment Centre (AEC).

The spectacular $70 million building overlooks the Albany waterfront and features a 620-seat main theatre and a flexible 200-seat studio space. It is expected to reach practical completion at the end of this month.

Perth Theatre Trust (PTT) will be responsible for the management and operation of the AEC for two years, after which ownership of the building will transfer to the City of Albany.

It is expected to attract major theatrical and musical performances from 2011, and also has the capacity to host conventions and conferences.

The AEC is expected to be the jewel of Albany's waterfront renewal, which is being driven by the City of Albany and involves the development of a hotel, residential accommodation and marina.

For more information go to www.perththeatretrust.com.au

Image: Design for the Albany Entertainment Centre by Cox Architecture.