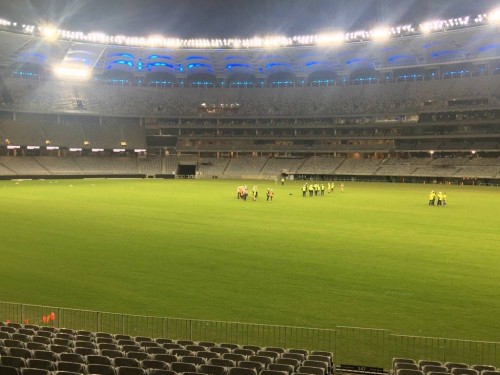 The Community Open Day will run from the early afternoon into the evening, and enable ticket holders to tour the Stadium, taste its food and beverage offerings, participate in a variety of activities, and experience the Stadium's state-of-the-art lighting, video and audio systems in action.

In the Stadium Park guests will be able to enjoy the various artworks, take part in activities on the Northern Oval, watch live bands, explore the nature playgrounds at Chevron Parkland, and enjoy other roaming entertainment events, food and music.

Currently in the process of filling Perth Stadium's events calendar for the coming years, the Western Australian Government plans to secure a range of world-class events.

It has already been confirmed that the venue will host two Ed Sheeran concerts and an NRL double header in March 2018, Chelsea Football Club’s fixture against Perth Glory in mid-2018, and State of Origin II and a Bledisloe Cup match in 2019 - with more events expected to be announced soon.

Tickets to the Community Open Day will be made available via the Perth Stadium website later this year. Western Australians will enjoy free entry and public transport to and from the event. 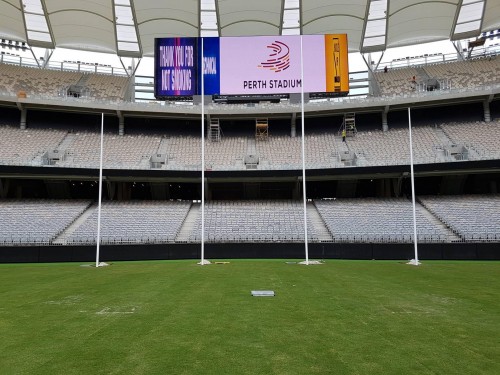 "The people of Western Australia have invested significantly in Perth Stadium and we need to pack in as many world-class events as we can to help create new jobs and get the economy back on track."

Western Australian Sport and Recreation Minister Mick Murray added “the events already booked at Perth Stadium are exciting, but this is just the beginning. We are constantly looking for quality sport and entertainment content to make sure we put the stadium to as much use as possible."