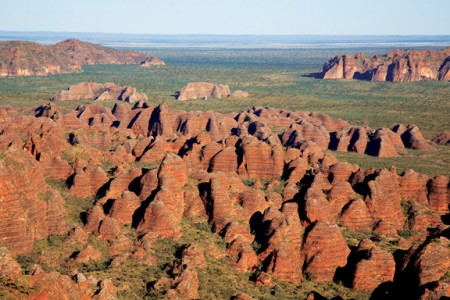 The Western Australian Government's budget has committed an additional $87 million over four years for events and destination marketing, raising the State's tourism spending up to $425 million over five years.

However, with 3,000 voluntary public sector redundancies to be advanced with priority given to Western Australian Government agencies subject to the recent major consolidation many leisure professionals stand to be impacted.

In addition, the State's Royalties for Regions program, which has funded a range of aquatic, fitness, recreation, sport and tourism infrastructure but which has been under review since earlier this year, is to be cut to $4 billion over the next four years.

The Budget will divert $861 million of Royalties for Regions funding elsewhere with the existing fund will be aimed at funding ongoing costs - not new infrastructure or programs.

With the Budget to also back new national parks and Aboriginal ranger programs in the Pilbara and the Kimberley, Tourism Council WA has welcomed the commitment to tourism.

The State tourism advocacy body has called for this funding which will enable Tourism WA and the tourism industry to enter into long-term strategies, trade partnerships and marketing campaigns to increase visitation to Western Australia and create tourism jobs.

Tourism Council WA Chief Executive Evan Hall stated "the industry is delighted the election commitment has been delivered in today’s State Budget, which has the potential to create more than 2,300 jobs.

“The next step for the State Government is to use the funding to deliver effective marketing and events that will create jobs.”

Hall said it was important for Tourism WA to have the independence, commercial acumen and marketing skills to use this funding to undertake effective marketing and increase visitation to Western Australia, adding "to create jobs, we must win back tourism market share from other states which are allocating their funding to specialist, independent tourism marketing agencies."