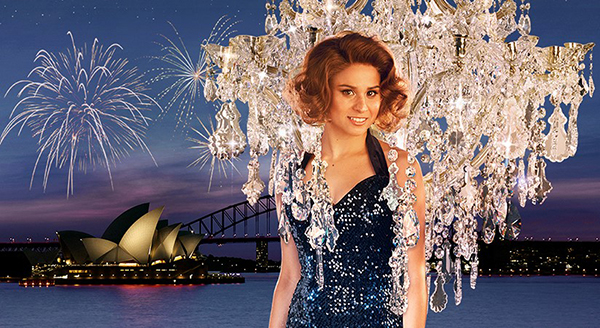 Opera Australia has announced the extension of their long-standing partnerships with Dr Haruhisa Handa’s International Foundation of Arts and Culture and Destination NSW, that will take them through to 2023. The company has also confirmed its spectacular outdoor event, Handa Opera on Sydney Harbour will return in March 2021 with Verdi’s hugely popular La Traviata, after being shut-down earlier this year due to COVID-19, just two weeks out from opening night.

Handa Opera on Sydney Harbour will be a welcome return to a new COVIDSafe normality following the recent announcement by the NSW Government that seated, ticketed and fenced outdoor events can accommodate audiences up to 5,000 people, provided they can accommodate one person per two square metres.

Opera Australia’s Artistic Director Lyndon Terracini recalls the shock of having to shut down this year’s event in the final days of construction, only two weeks out from opening night, due to the pandemic.

“It was entirely surreal – seeing months and months of hard work literally being torn down without a note being sung. It was really distressing for everyone.

“So we really will be coming full circle when we hit the stage in mid-March for rehearsal, I suspect it will be an emotional time for all the cast and crew.

“It’s a great relief to finally be moving forward and we’re thrilled to be announcing the extension of our partnerships with Dr Handa and Destination NSW through to 2023, we could not have achieved such enormous success and international recognition without their unwavering support,” Mr Terracini said.

The inaugural Handa Opera on Sydney Harbour in 2012 opened to great fanfare and marked the beginning of an enduring and productive partnership with Dr Handa that demonstrates a steadfast commitment to the arts and culture in Australia.

Dr Handa advises “We are very proud of the ongoing success and international recognition that Opera Australia has achieved through its dedication and commitment to excellence in the performing arts.

“The vision that the International Foundation for Arts and Culture shares with Opera Australia includes a courageous approach to harnessing the power of music and transforming young hearts and minds to embrace a journey of creativity and mindfulness.”

NSW Minister for Jobs, Investment, Tourism and Western Sydney Stuart Ayres said the NSW Government was proud to continue its support for the globally revered event for another three years through its tourism and major events agency, Destination NSW adding “nowhere else in the world can you sit beneath the stars and witness a breathtaking opera performance in front of such an iconic harbour backdrop. This is Sydney at its absolute best.

“Handa Opera on Sydney Harbour is an unmissable event on the NSW annual events calendar, attracting thousands of visitors to Sydney since it began in 2012, and we know it will play an important role in stimulating the NSW visitor economy going forward.

Director Constantine Costi will pick up where he left off, taking the reins of a HOSH production for the first time, to present a show based on celebrated director Francesca Zambello’s original 2012 production.

The original set is being revived with the breathtaking nine-metre high chandelier with its glistening 10,000 crystals again taking centre stage.

The show-stopping aria 'Sempre Libera' and the legendary drinking song ‘Brindisi’ will be performed by an outstanding cast and conducted by acclaimed maestro Brian Castles-Onion.

Attracting more than 400,000 attendees from across Australia and around the globe since its inception, Handa Opera on Sydney Harbour is considered a signature, not-to-be-missed event for Sydney locals and visitors.

It brings together internationally celebrated singers, musicians and creative talent to an open stage set against the stunning sunset backdrop of Sydney’s skyline. Hailed as the perfect night out, the custom-built site includes an impressive range of themed dining and drinking options that make the most of the magnificent harbour views.