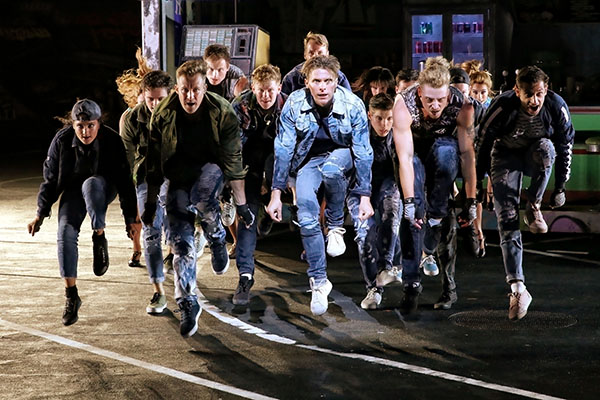 Opera Australia has announced a further round of cancellations due to the ongoing Coronavirus restrictions that will bring the total number of performances that it has either cancelled or postponed in 2020 to more than 570 across the country.

Reflecting on the impact the Coronavirus is having on both the company and the arts industry as a whole, Opera Australia Chief Executive, Rory Jeffes stated “Opera Australia had more than 730 performances scheduled for 2020 across the nation … these cancellations are devastating to an unparalleled degree for performers and audiences alike.

“It’s incredibly disappointing to be making these announcements, but the health and well-being of the extended Opera Australia community remains our highest priority.

“By complying with the restrictions mandated in suppressing the virus across Australia.

“The impact on the whole sector is simply heartbreaking for everyone for whom the arts area vital part of their lives. We are working hard behind the scenes to ensure we keep the national opera company intact for both our staff and patrons for when we emerge on the other side of this crisis. Inspiring audiences is in the DNA of Opera Australia and we are determined to be ready for when we are able to do so again.”

Among the losses is the eagerly awaited Australian premiere of a new production of Fiddler on the Roof (A Fidler Afn Dakh), co-produced with John Frost and sung entirely in Yiddish that was due to open at the Sydney Opera House in September before moving to Melbourne in November.

The heart-warming musical has been hit hard by the international travel ban, making it impossible for the key creative members, including Oscar and Tony Award winning director Joel Grey, to travel from the USA for auditions and rehearsals, rendering it impossible to stage the show.

The ongoing restrictions on mass gatherings also means the cancellation of Opera Australia’s entire winter season of five productions that was due to open on 25th June in the Joan Sutherland Theatre.

The program included the premiere of Davide Livermore’s next digital instalment of Donizetti’s Tudor Queens trilogy, Roberto Devereux, starring Jennifer Rowley who was to make her Opera Australia debut as Elizabeth I.

The cancellations also include Great Opera Hits and return seasons of Aida, La Juive and Eugene Onegin while the keenly anticipated Australian premiere of the Tony Award Winning Light in the Piazza, that was due to open in August and would have seen the on stage pairing of Grammy Award winner Renee Fleming and celebrated performer Alex Jennings, has also been cancelled.

Postponing the premiere seasons of Rembrandt’s Wife, a new Australian opera by Andrew Ford and Sue Smith, that was to be performed in Opera Australia’s workshop in Surry Hills and Coopers Malthouse in Melbourne in September, is also a result of the ongoing restrictions on mass gatherings.

The final two legs of West Side Story’s hugely successful international tour, due to open at the Crown Theatre in Perth on 3rd July, and then moving to QPAC in Brisbane on 24th July, have been postponed with discussions continuing between co-producers GWB Entertainment and the BB Group, along with the respective venues, to reschedule to 2021when restrictions on domestic travel and public gatherings have potentially relaxed.

Opera Australia’s annual national tour, which would have travelled throughout Victoria, NSW, Tasmania and the ACT with a new production of Bizet’s Carmen by resident director Matthew Barclay, has also been postponed to 2021.

Due to open in Dandenong on 17th July before travelling to 30 cities and towns, Opera Australia is now working with all the venues to secure new dates for next year. Patrons holding tickets for any of the above shows will be contacted with details regarding the refund process, and are asked to consider supporting the survival of OA through this crisis by donating, where possible,the value of their tickets back to the company or exchanging for a gift voucher that is valid for future productions across the next three years.