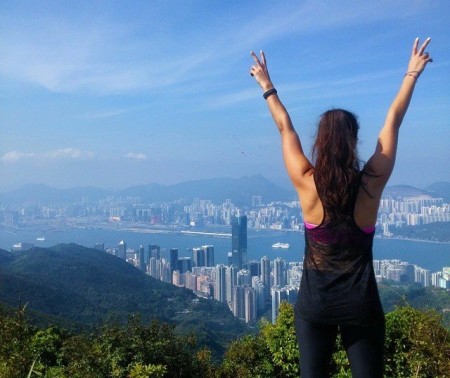 The growing trend for no contract, subscription gym use passes is proving popular in the Hong Kong fitness club and studio market.

Similar to the highly successful US-based ClassPass, ClassCruiser, which launched on 3rd August, offers access to a range of boutique gyms and studios with a contract-free subscription costing HK$899 (US$115) a month. Subscribers can take unlimited classes, including Pilates, yoga, mixed martial arts, indoor cycling, muay thai and dance, at more than 40 boutique studios and gyms across Hong Kong. Class schedules and bookings are online, and soon will be available through a phone app.

Commenting on the pass to the South China Morning Post, ClassCruiser  founder Rosh Pritmani explained "although the knowledge of the importance of fitness is increasing, the level of physical activity in Hong Kong is still very low.

"ClassPass in the US has got so many people moving (with) 60% of users new to fitness - they never had a fitness regimen before.

"We wanted to bring it to Hong Kong because the city really needs it. Our main concern is to get people healthy, happy and off their butts. We want to remove the barriers to fitness, to make fitness easy - just click and show up." 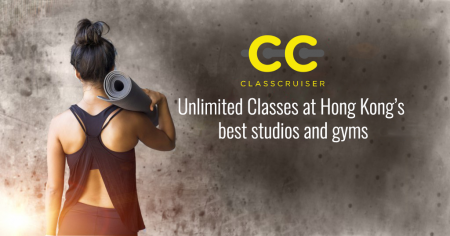 ClassCruiser is not the only gym use pass system in Hong Kong, with at least three others in the market: KFit (launched in April), GuavaPass (launched in July) and Passport Asia (set to launch in Hong Kong in the next few  months but already active in Singapore). While terms vary slightly among providers, in general the idea is the same: a no-commitment pass that's an alternative to the traditional gym membership.

KFit founder Joel Neoh says that the business model "capitalises on the meteoric rise of the sharing economy".

It's a concept the Malaysian entrepreneur and technology investor knows well through his previous role as Asia-Pacific head at group buying site Groupon.

Neoh, who highlights that 96% of Asians currently don't belong to a gym, added "we are bringing the 'fitness-sharing' concept to the region to democratise fitness and help make Asia-Pacific a healthier place."

KFit - with million dollar backing from investors from the US, Europe and Asia-Pacific - has a low monthly subscription fee of HK$499 (US$ 65), with 136 Hong Kong partners so far. In total it has more than 1,000 partners in six Asian cities, with Auckland, Seoul and Manila set to join in the coming weeks.

GuavaPass, founded by Singapore-based Robert Pachter and Jeffrey Liu, costs HK$899 monthly - the same cost as ClassCruiser - and has more than 50 partners in Hong Kong. Its platform gives users class recommendations based on location and interests.

Also operating in Singapore and Bangkok, GuavaPass plans to expand to elsewhere in South East Asia, mainland China, Australia and the Middle East. 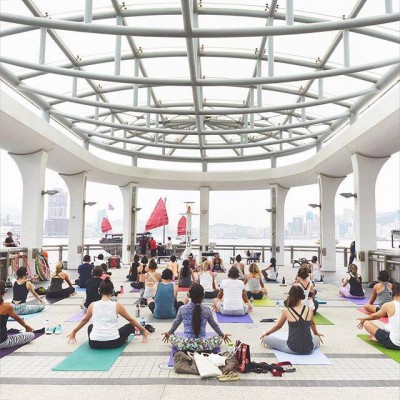 ClassPass, the US start-up that has inspired this fitness trend, was launched in June 2013 and now has about 3,000 partner studios in the US. In 2013, it facilitated 50,000 class reservations; in 2014 that number passed one million.

The idea came to founder and Chief Executive Payal Kadakia after she spent an entire afternoon on the internet searching for a ballet class to attend that evening.

In February this year her company took in US$5 million in revenue, up from less than US$200,000 a year ago, according to Kadakia in an article on The Wall Street Journal's Venture Capital Dispatch blog. Consumers reserved 600,000 classes through ClassPass in that month.

For Hong Kong gym goers, pass costs of HK$499 to HK$899 a month are considerably cheaper. However, most studios or gyms limit subscribers to three classes per monthly subscription cycle; no-shows or late cancellations will incur a fee; and studios or gyms may open only select classes to subscribers.