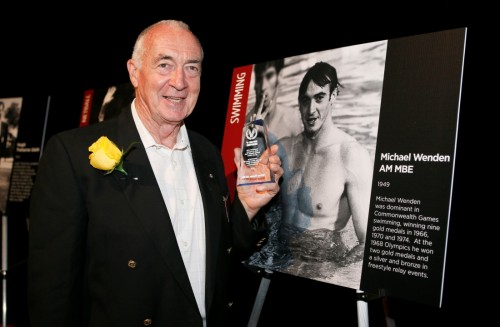 Micheal Wenden, who won the Olympic gold medal in the 100 metre freestyle at the 1968 Mexico Olympics, has joined the Gold Coast City Council as Operations Supervisor for its Aquatic Centres.

Wenden, who reportedly took up the role last month, is well known on the Gold Coast having run the Palm Beach Aquatic Centre for three decades until he lost the tender to contractor Belgravia Leisure in mid-2012.

Subsequently, he has been critic of contract management, telling the Gold Coast Bulletin last year “there is growing trend of councils taking control of pools and running them as a public service.

“I am in favour of that because there is no direct profit motive.”

The Michael Wenden Aquatic Leisure Centre in Western Sydney is named in his honour.

Image: Michael Wenden at his induction into the Sydney Olympic Park Aquatic Centre Hall of Legends.