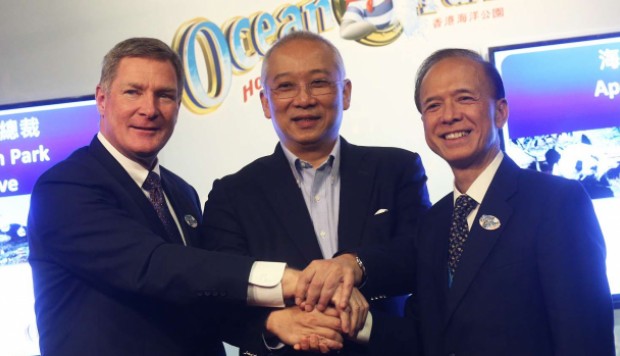 Li, 61, first joined the park as Finance Director and Corporate Secretary in 1994 and has served as Deputy Chief Executive and Chief Financial Officer since 2007.

His appointment follows a five-month global search since the respected Mehrmann announced his departure from the attraction late last year and comes at a challenging time for what has long been one of Asia’s leading theme parks.

Amid a slowdown of inbound tourism to Hong Kong, Ocean Park saw its visitor numbers dip by 14% in 2015, slipping by over a million visits from 7.8 million visits – the highest number ever recorded – in 2014 to 6.7 million last year.

As of June this year it will also face the challenge of the opening of the Shanghai Disney Resort.

Welcoming his appointment, Li stated “the tourism industry in Hong Kong is facing structural changes and my first job is to face it.”

In addition to continuing promotion efforts both overseas and on the mainland, Li said that Ocean Park is currently studying ways to grow its evening operations as the MTR’s South Island Line, which will link downtown Hong Kong to the attraction, set to open by the end of this year.

Li stated “people will be able to get to the park in minutes (and) we are thinking how to roll out evening events to attract local people after they finish work during the day and also tourists.”

Li added he was not worried about the opening of Shanghai Disneyland as Ocean Park had its uniqueness, especially its animals.

Ocean Park Chairman Leo Kung Lin-cheng said that Li was very good with numbers, and that the board had made the appointment decision after five months of global search.

The outgoing  Mehrmann has been in post at the attraction for 12 years.