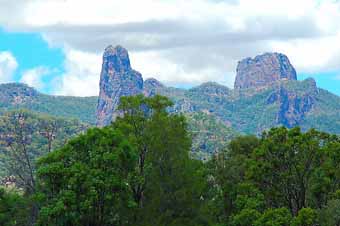 The NSW Government is to ban smoking in the State’s National Parks.

Making the announcement, NSW Environment Minister Rob Stokes said the ban would diminish the risk of bushfires and reduce litter in national parks, with surveys confirming cigarette butts form up to half of the measured litter across the nation.

Minister Stokes stated “seven billion cigarette butts are littered in Australia every year, putting lives and property at risk, ruining beaches, spoiling the beauty of our parks and endangering wildlife.

“The Royal Commission into the devastating Victorian bushfires, where over 170 people died, singled out cigarette butts as one of the likely causes of bushfire in the Australian environment.

“Cigarette butts contain hazardous chemicals such as arsenic and lead, and when a butt is discarded these chemicals leach into the environment contaminating our waterways and land.

“Butts can also be ingested by our wildlife and spoil the beauty of our natural places.”

Minister Stokes said the ban will apply to the national parks estate to include picnic areas, campgrounds, beaches, lookouts, walking tracks and on national parks roads.

He added “a community education and communication campaign will help make park visitors aware of the smoking ban.

“The NSW Government is serious about reducing fire risk and littering in NSW and this move will reduce litter and help to keep communities safer.

“We have 860 national parks in NSW which protect our most beautiful and most popular natural areas. We want to make sure they are safe and healthy for everyone.”

NSW Police and Emergency Services Minister Stuart Ayres recently announced that the penalty for littering lighted cigarettes has doubled from $330 to $660 in NSW.The fine has gone from $660 to $1,320 if someone discards a lit cigarette on a Total Fire Ban day.

Under the National Parks and Wildlife Regulation, smokers can be fined $300 for smoking where the ban applies.