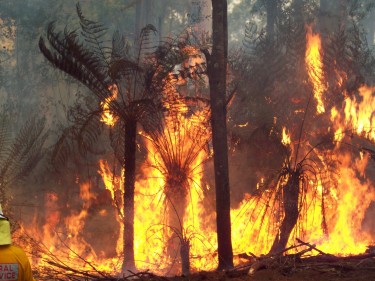 A heatwave in NSW, that is expected to push temperatures in Sydney to 41 degrees Celsius today (Friday 20th November), has led to the closure of 30 national parks across state due to an increased fire risk.

Even hotter conditions are expected in inland areas, with the Bureau of Meteorology (BoM) saying heatwave conditions were being caused by an approaching front and a slow-moving high pressure system over the Tasman Sea.

The BoM advised that conditions are drawing dry and increasingly hot air from central Australia into NSW.

Logan told the ABC, "it's a classic scenario of very hot and dry westerly winds with no sea breeze, followed by a blustery southerly change in the evening bringing relief."

The highest November temperature recorded at Sydney's Observatory Hill is 41.8C in 1982.