NSW Government aims to clamp down on ‘hoon’ jet-skiers 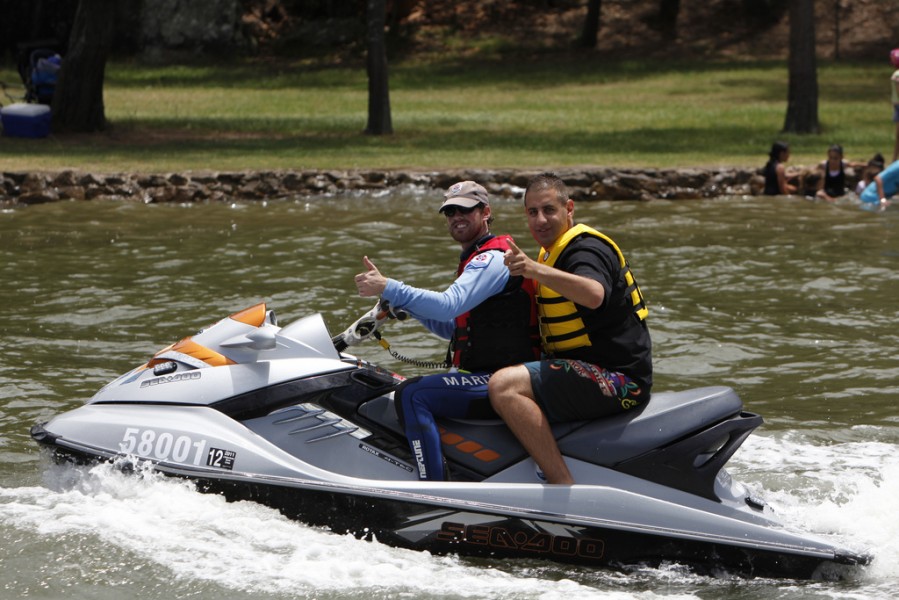 The NSW Government is to crackdown on dangerous and anti-social riding of jet-skis in and around the Georges River, Botany Bay and Port Hacking.

Introducing the measures, NSW Minister for Roads, Maritime and Freight Duncan Gay advised that local and boating community members had raised serious concerns about hoons who pose a huge safety risk to all river users.

Minister Gaya stated “all jet-ski users flouting the law are on notice. We’re putting a stop to this behaviour.

“Speed limits, irregular riding and safe distance rules are in place for a reason – breaking the law is just downright irresponsible and there are serious consequences.

“Everyone needs to share our waterways – there is no place for intimidating behaviour.

“Quite frankly, we shouldn’t have to stand up and tell jet-skiers to slow down, keep a safe distance and obey the law – it’s about time more courtesy and respect was shown for other boaters and water users.”

NSW Police Marine Area Commander Detective Superintendent Mark Hutchings said it was known that dangerous hoon-like behaviour stopped when enforcement is in place, which is why we’re stepping it up a notch.

Det Supt Hutchings explained “Police officers will be tasked daily to patrol the Georges River and other areas where jet-skiers are causing trouble.

"We are specifically targeting a rogue element of individuals who conduct illegal activities on the water.

"Police have already pressed charges against a man who allegedly drove his jet-ski negligently on the Georges River at Picnic Point, knocking a kayaker into the water and causing that man serious and painful injuries.

"We won't hesitate to arrest and charge others who insist on breaking the law on the water.”.

Director of Maritime Angus Mitchell from Roads and Maritime Services said a raft of measures was also being considered to deter illegal activity and catch offenders, including the use of GPS and drone technology as well as increasing the number of CCTV cameras in and around problem areas.

Mitchell added “from 1st January, Roads and Maritime will extend the eight knot speed limit zone on the Georges River by two kilometres.

“We’ve also set up a dedicated complaints hotline on 13 12 36 for the community to report incidents of dangerous or anti-social behaviour and compliance issues.”

Jet-ski exclusion zones are also to be considered in parts of the Georges River (around Revesby), Port Hacking (Bonnie Vale) and Botany Bay over the next six months, in consultation with the local communities, water users and Police.

Image used for illustrative purporses only.