No opening date in sight for Ningaloo Centre and Aquarium 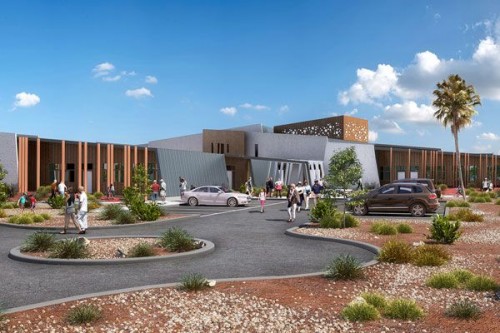 A new venue designed to “provide an immersive experience inspired by the rugged landscape of the Cape Range National Park” is sitting empty and with no opening date in sight on Western Australia's Ningaloo coast.

Scheduled to have opened this month, the planned Ningaloo Centre - commissioned by the Shire of Exmouth to be the crown jewel in a $32 million international tourism and research hub - is being described as an "absolute basket case" by the man put in charge of the shire.

Commissioner Ian Fletcher was appointed by the Western Australian Government after Exmouth councillors were dismissed earlier this year.

Their dismissal came months after the State’s Corruption and Crime Commission revealed that contracts for the Ningaloo Centre construction were signed by the Shire's Chief Executive without authorisation.

The attraction was to have included a $1 million aquarium designed by Perth-based Site Architecture Studio that would have allowed “people who are physically unable to experience the reef up close (to) have the opportunity to enjoy it through exhibition spaces.”

However, Commissioner Fletcher has launched a blistering attack on the "ludicrous" planning behind the Centre's aquarium and said he was not satisfied it was safe to house marine life.

Commissioner Fletcher "the aquarium has been completed but I am not prepared to have any water put into the aquarium, or any species

"These are species that will be harvested off the Ningaloo Reef, they are exotic species.

"I am not, under my time as commissioner, going to have that aquarium filled with seawater and then specimens die."

Under plans devised by the Shire of Exmouth, the aquarium would need to be filled with seawater twice weekly, using a $60,000 tanker. 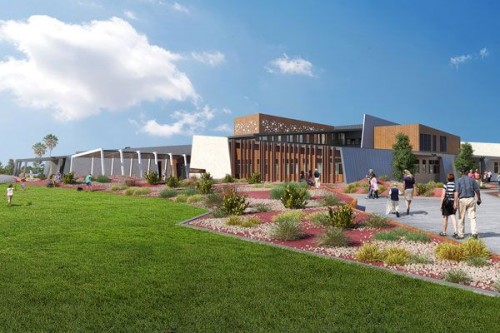 Fletcher has receive advice that this plan was "ludicrous", adding “the other plan was to have (the Shire’s) swimming pool centre manager put on a wetsuit and clean out the aquarium.

"Once again, the experts have said that is 'cloud cuckoo stuff'.

"No staff were going to be provided in addition to the Shire staff in the community engagement area.

"It was really 'you just keep doing all your work as you're doing and you manage this very large centre'."

Commissioner Fletcher said the aquarium would not now meet its original opening deadline of April and an audit is still determining how far costs have blown out.

He continued “we were dealing with amateurs, to be quite honest, and I'm talking about the Shire officers, and some elected members of Council.

"Some were very good about it, but there were others who really had a cavalier approach and there's no other word that can be used.

"This is an international centre. Do we want to expose ourselves to ridicule and criticism and lose the reputation we already have by allowing that to happen?"

When the design was released, Site Architecture Studio, Director Paul Edwards explained “we have created a journey from reef to range where visitors descend into a cool dark space full of marine sounds and flashes of colour and movement as fish and sea creatures appear and disappear.”

The multi-purpose building was to have incorporated a library, museum, visitor and community centre, as well as a wet and dry laboratory, preparation area and aquaculture workshop so that universities and government organisations have a base for Ningaloo Reef research.

Images: Architect’s impression of the planned Ningaloo Centre. Courtesy of the Shire of Exmouth.