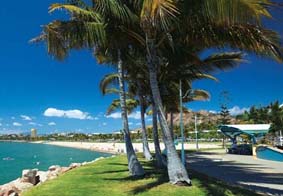 The Australian Tourism Export Council (ATEC) has welcomed the new Government's appreciation of the significant contribution the Queensland tourism industry currently makes to the local and national economy.

ATEC Managing Director Felicia Mariani stated "ATEC is pleased the Liberal National Party has identified tourism as a key part of its priority program for the first 100 days in government and we applaud their initiatives and approach to supporting and growing Queensland's tourism industry.

"Building a whole of Government approach to tourism, with the establishment of Destination Q, is a positive first step in ensuring tourism continues and grows its valuable contribution to the Queensland economy and the industry is eager to see the framework and funding plans that will support these goals."

Mariani said initiatives such as Infrastructure Queensland, a new framework for investment under the Royalties for Regions program and Queensland Projects, will encourage greater investment in and development of significant infrastructure projects for the State.

She added "these measures are excellent initiatives, but ATEC would like to see a budget commitment that will be made available specifically to the tourism industry in Queensland to support their access to this funding and secure their voice in the development of future investment and infrastructure projects."

"Tourism is a key driver of most regional economies across the country - and even more so in the regional areas of Queensland. The Royalties for Regions program must recognise that many of these regions depend on tourism to drive their local economies and resources need to be allocated to support this reality.

"With 46 cents in every dollar spent on tourism in Australia spent in regional areas, and with tourism employing more people throughout regional Australia than agriculture, fishing, mining and forestry combined, there must be some commitment from Government to ensure an amount of this funding is quarantined for tourism projects in regional areas of Queensland."

In opposition the Liberal National Party (LNP) released a tourism strategy in which tourism was identified as one of four economic pillars under an LNP government.

The strategy suggested that land would be offered at competitive prices for new luxury hotels and that the LNP would re-establish a department with tourism as its key responsibility, overseen by a senior minister. It also indicated that a specialised investment attraction unit would be set up within the department.

To gain skilled employees in regional and remote areas, the strategy was to include a push for more flexibility in the working holiday visa program and an extension of the pacific seasonal worker scheme trial.

Full ministerial responsibilities in the new Government are expected to be announced later in the week.