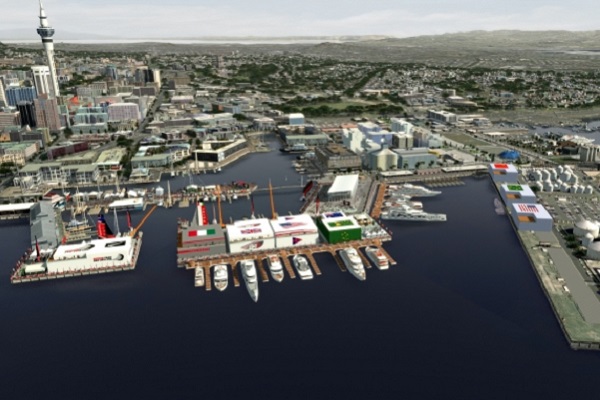 The New Zealand Government has halted upcoming payments to the events arm of the 36th America’s Cup amid concerns over the allocation of funding for the sailing showpiece, which takes place in Auckland next year.

Financing for the 36th America’s Cup, which is being organised by Team New Zealand as the defending champion, has created headlines in the country this week, with New Zealand’s Ministry of Business, Innovation and Employment (MBIE) taking action today.

MBIE Tourism General Manager Iain Cossar advised “while Crown and Council work through this process regarding the claims made relating to the organisation of the 36th America’s Cup, we are not intending to make further payments to America’s Cup Events Limited (ACE). This will be revisited pending the outcome of the process.

“$40 million has been set aside for the event fee for (the event and,) to date, $29 million has been paid to ACE in line with contractual funding milestones. This process is ongoing and there are contractual agreements in place. As to not undermine the current process, to protect commercial sensitivity and to protect the integrity of the ongoing investigation, we are unable to go into further detail at this time.”

The scandal has unfolded after a confidential 22nd June letter written by MBIE and the Auckland Council, obtained by the New Zealand Herald newspaper, detailed allegations concerning the use of public money; the operation of the America’s Cup and concerns over public safety.

Officials are also said to be concerned that event organisers, ACE and Team NZ, are in breach of obligations.

The inquiry is also focusing on allegations of a “reclassified” $3 million loan and claims of fraud involving a Hungarian bank account. A multinational police investigation is currently taking place into how a hacker posing as a European television contractor managed to convince Team NZ to transfer a large payment to the Hungarian bank account.

Team NZ Chief Executive and Director, Grant Dalton, confirmed that it has lost a seven-figure sum, but maintains that it is the victim of an international scam through which no public money was lost.

In a statement issued yesterday, Team NZ said: “ETNZ and ACE categorically deny any wrongdoing and consider that they have already addressed the concerns of MBIE and Council, and their advisor Beattie Varley.

“In summary, when the full circumstances are understood we believe that the concerns of the hosts can be satisfied and ACE/ETNZ are not in breach of their obligations under the Host Venue Agreement.”

The 36th America’s Cup is due to be held from Saturday 6th to Sunday 21st March next year.

Image: The concept for the team's base in Auckland during the 36th America's Cup. Courtesy of America’s Cup Event Limited/Team New Zealand.