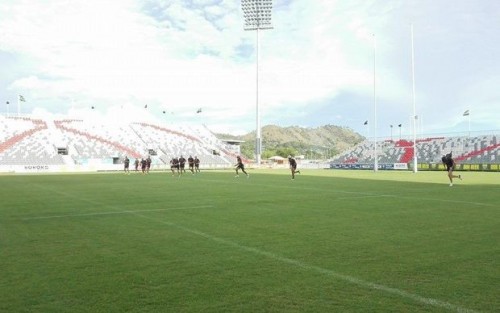 The opening on 6th February saw the Porebada Bulldogs and Magi Highway Ravens women's teams contest a curtain-raiser before the Papua New Guinea Hunters take on the Penrith Panthers NSW Cup side.

The former Lloyd Robson Oval, which will host three 2017 Rugby League World Cup pool matches, has been redeveloped over the past two years and can hold about 15,000 fans.

Papua New Guinea Sports Minister Justin Tkatchenko says the reopening of Papua New Guinea's official home of rugby league will have lasting benefits, stating “we now have some of the best facilities in the Pacific and in the region to host big international events so we're looking forward to the (Rugby League) ... (and) to all the countries as well for the FIFA World Cup in November this year, coming to play soccer in our Under 20 Women's competition."

In hosting the Pacific Games last year and with a potential Commonwealth Games bid to be made in the future, the Papua New Guinea Government has made significant investments in venue infrastructure in recent years.

In 2015, over PGK300 million (US$98 million) was spent on the upgrading of sporting infrastructure including the Sir John Guise Stadium, Sir Hubert Murray Stadium, Taurama Aquatic Centre, Rita Flynn Courts and the Bisini Grounds.

However, work on the Sir John Guise Stadium  and the Sir Hubert Murray Stadium, originally scheduled to be completed for the 2015 Pacific Games, was not completed until several months after the event.

The PNG island of Alotau now also has a new sporting venue with the opening of a new stadium in Milne Bay.

The new Abona Gaige Stadium, built under joint funding by Alotau District and the PNG Sports Foundation, will be under the management of the Urban Town Pastors Fraternal.

The stadium has been built to host netball, football, volleyball, touch 7s and rugby league.

Access control technology at the National Football Stadium was provided by Gunnebo.