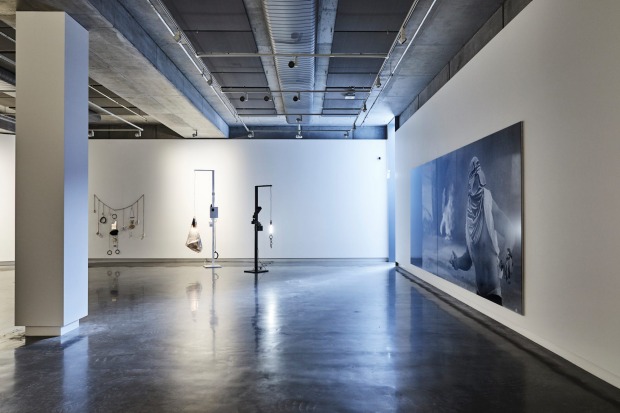 Set to open on 9th March, Buxton Contemporary, Melbourne’s newest art gallery is the product of an art collection began in 1995.

Located in Melbourne's Southbank arts precinct, the new gallery will house the collection of Melbourne property developer Michael Buxton and his wife Janet, with the purpose-built space housing their 354-work collection by 59 artists.

Part of the University of Melbourne’s Victorian College of the Arts (VCA), but with distinct street access, the new gallery is located in the $12-million Fender Katsalidis-redesigned 1920s building.

Buxton donated his collection to the VCA in 2014, as well as the funds to build the new gallery, an endowment and further operational support for a 20-year period, totalling over $26 million.

Commenting on this philanthropy, Buxton Contemporary’s inaugural Director Ryan Johnston, previously Head of Art at the Australian War Memorial, explains “it is an unusually far-sighted philanthropic vision. What I know of Michael, is that he likes to get the job done right - to ensure its viability is embedded within the University of Melbourne and Australia, more broadly, to maximise the value of it.”

With an estimated 300 significant private contemporary art collections around the world, in recent years Australia has seen the opening of TarraWarra and Heide in Victoria and David Walsh's MONA outside Hobart while there has also been significant growth in new public museums across the country, including the $428-million new Museum for WA, due to open in 2020, the $34.5 million Shepparton Art Museum in Victoria, the Orange Regional Museum that opened last year, the redevelopments of Sydney's Australian Museum and the Art Gallery of NSW.

Johnston says Buxton Contemporary will be trying to differentiate itself from other museums in Melbourne’s Southbank that already include the National Gallery of Victoria across the road and the Australian Centre for Contemporary Art.

Johnson adds “any new museum needs to find its unique niche that it fills and establish a very strong sense of identity in order to be visible, not just in a busy cultural space, but a very busy entertainment space as well.”

Buxton Contemporary is located at the corner Dodds Street and Southbank Boulevard, Southbank.

Images: The interior of Buxton Contemporary (top) and Curator Luisa Bosci, with Janet and Michael Buxton (below). Courtesy of James Geer.