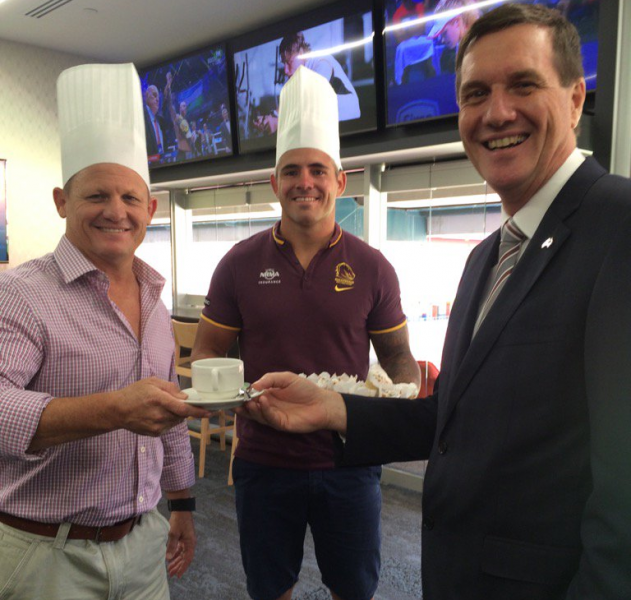 New corporate suites and function spaces have been unveiled at Brisbane’s Suncorp Stadium today as part of a $15.9 million capital works program.

Corporate fans will now enjoy some of the world’s best facilities following the $3.9 million upgrade of 10 suites in the Stadium’s Western Stand.

Suncorp Stadium Venue Manager Alan Graham explained “this is the first major upgrade of the Level 5 corporate area since the Western Stand was built in 1994.

“The end product delivers greater comfort and flexibility for users and hirers, increases the number of suites at the northern end of the stand from eight to ten and will enhance revenue opportunities for all stadium hirers.

“Since 1994 it is estimated some 54,000 patrons have been entertained in this space while watching some of Queensland’s best teams on the field.

“The improved corporate offering is also a win for sponsors who entertain clients and use the venue to form vital business relationships.”

The building works were undertaken by Watpac and designed by Populous, both of whom have had a strong association with the Stadium over the years.

Watpac was involved in the redevelopment of the Stadium in 2003 and the building of the new dressing room area following the 2011 Brisbane floods. 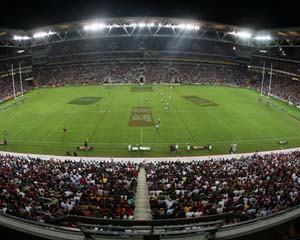 Graham said ongoing improvements around the venue would benefit both hirers and patrons, adding “Stadiums Queensland has a rolling programof works occurring around the venue to ensure the stadium provides for the needs of fans and hirers so Queensland remains competitive and an attractive option for major events into the future.

“In addition to the works in the Western Stand, additional LED signage has been added to the mid-tier of the Eastern Stand.

“This complements the existing LED signage already at ground level on the eastern touchline and provides additional opportunities for sponsors to utilise the latest technologies in the delivery of their advertising.

Graham said other projects underway included improvements to catering concessions (including kitchen and bar upgrades), the installation of a fibre optic backbone to enhance the venue’s IT capabilities and audio upgrades which will deliver improved clarity in ground announcements and entertainment for patrons at events.

Works undertaken as part of this upgrade include:

• Increasing the number of suites on Level 5 West from eight to 10
• The new suites now have external seating, state of the art flat screen televisions with some suites now having movable walls which allow for adjoining suites to be converted into larger spaces.
• A renovation of the Northern Galley corporate dining space which now features a complete glass frontage and a new, improved décor to accommodate 130 guests in cocktail mode and 100 guests for sit-down dining
• A renovation of the Northern In-Goal Club
• A new, redesigned corporate entry area which will display the current playing jerseys of the respective major venue tenants, the Brisbane Broncos, the Queensland Rugby League, The Queensland Reds, the Australian Rugby Union and the Brisbane Roar
• Wider corridors with upgraded amenities and
• Interactive signage at the entry to the new suites
• A revamped Media Wall of Fame