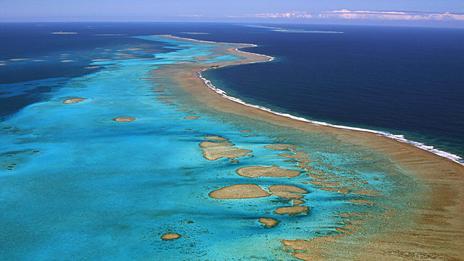 Creation of the newly established sanctuary was an exemplary decision by the Government of New Caledonia, with the 1.3 million kilometres2 reserve becoming the world's largest protected area on land and sea.

The marine sanctuary is home to a vast array of marine life, including 450,000 hectares of coral reefs, 48 different shark species, 25 mammal species, 19 nesting bird species and five sea turtle species, including the endangered green turtle. Its ocean floors are illuminated with more than 1.1 million acres of the vibrant coral reefs that give the sea its name, and its waters provide 3,000 tons of fish to New Caledonia’s inhabitants.

Located 1,400 kilometres east of Brisbane and 1,800 kilometres north of Auckland, New Caledonia is home to the Grand Lagon Sud, the world’s biggest lagoon and a UNESCO World Heritage Site, as well as to the world’s second largest double-barrier reef, second in size to the Great Barrier Reef.

New Caledonia also has some of the richest biodiversity on Earth, which led its Government and conservation authorities to take measures to protect its natural treasures before there is a serious threat.

Currently, illegal fishing is the only concern, but potential increases in ship traffic from Queensland's resource ports and the continuance of deep-sea oil mining could harm the aquatic park in the future.

Over the next three years, the new park will be separated into zones, some of which will be open to economic activities like fishing and tourist activities like snorkeling and swimming.

The park’s preservation marks a historic moment in marine conservation and is seen as presenting a considerable boost to New Caledonia's under developed tourism industry.